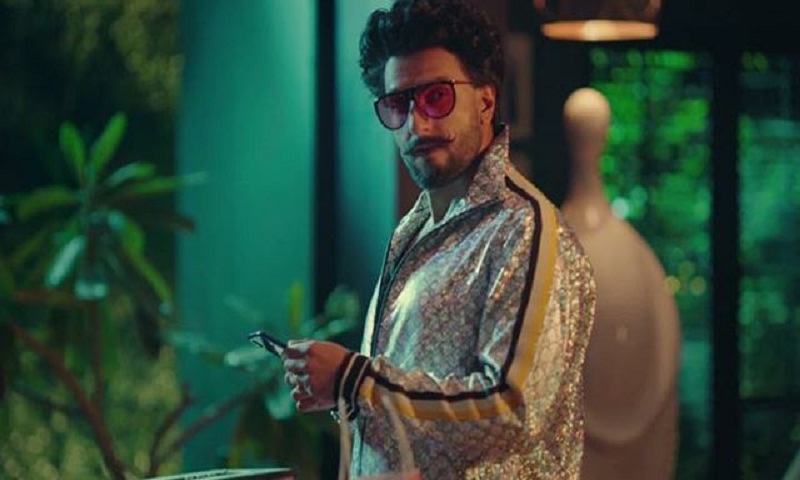 Actor Ranveer Singh is the most talked about actor in Bollywood at present, making headlines almost everyday with either his quirky public appearances or fun antics. Basking in the success of his latest release Gully Boy, the actor has now shared a video building up to the hype ahead of an endorsement announcement. The actor shared the fun video on his Instagram handle with the caption, “It’s sexy and you’ll know it #7DaysToGo.”

Ranveer is seen dressed in a silver tracksuit and sporting a moustache, similar to the one he sported in Bajirao Mastani. The video begins with him informing his ‘baby’ that he has reached home. He goes on to put some peppy music and dances as if no one’s watching. His crazy dance moves invited not just thousands of cheers from his fans but several of his industry fans also couldn’t stop gushing over his sporty attitude.

Among the first ones to make fun of him was wife Deepika Padukone who called it a “raita (mess)” on Instagram. Actor Ayushmann Khurrana followed up and commented, “Transition from extreme raita to super smooth!” Sacred Games actor Kubbra Sait called him an “effortless fire” while Baar Baar Dekho director Nitya Mehra requested him, “Just promise you’ll show me that walk to the lamp in person!!”

The actor’s Gully Boy co-star Vijay Varma commented to the video on Twitter, “Sax” along with two firecracker emojis.

Ranveer is earning a lot of praise for his performance in Zoya Akhtar’s Gully Boy. The actor plays an aspiring rapper, Murad, who rises above all obstacles to make a mark on the hip hop scene in Mumbai. Alia Bhatt plays his girlfriend in the film that has collected Rs 95 crore in its first week at the domestic box office and is also faring well in the overseas markets, report Hindustan Times.