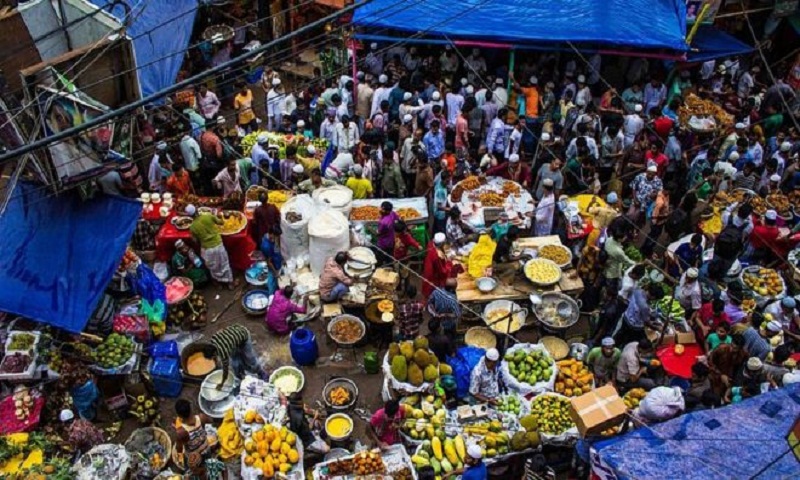 A deadly blaze has killed dozens of people in the historic district of Chawkbazar in the Bangladeshi capital of Dhaka. But as BBC Bengali's Rakib Hasnet reports, it is not the first time the area has seen tragedy.

It was on the banks of the Buriganga River during the Mughal dynasty, some 400 years ago, that Chawkbazar was established. It quickly became the main business hub of Dhaka.

Until just a few decades ago, Chawkbazar, inside Old Dhaka, still had a reputation as the heart of the city. But as Dhaka grew bigger and bigger, becoming a sprawling urban metropolis, the importance of Chawkbazar as a commercial hub diminished.

It remains popular, though.

Today, Chawkbazar is a hub of businesses making and storing chemicals, perfume and plastic products, many ignoring a ban on the storage of chemical goods in residential buildings.

A deadly fire in 2010 in another part of Old Dhaka killed 120 people. However, ground floors in residential buildings still serve as warehouses for chemicals, gas cylinders and plastic products.

Chawkbazar is full of lanes so narrow that even passenger buses cannot get through. The streets are packed with rickshaws, small cars and people walking around during the day.

Restaurants and different types of shops also fill up the densely populated part of the city.

During the Muslim holy month of Ramadan, Chawkbazar - which is popular for various types of traditional food - turns into the main place for Iftar items - the meal which breaks the daily fast.

Thousands of vendors peddle their goods on its streets, often filled with people waiting to get their fill of kebabs and different types of biryani - a popular rice dish.

They compete for space with the hundreds of electrical, telephone and internet cables that hang on to its narrow lanes, posing another danger for the local people in Chawkbazar.