Says the PM continued shooting for documentary after the assault 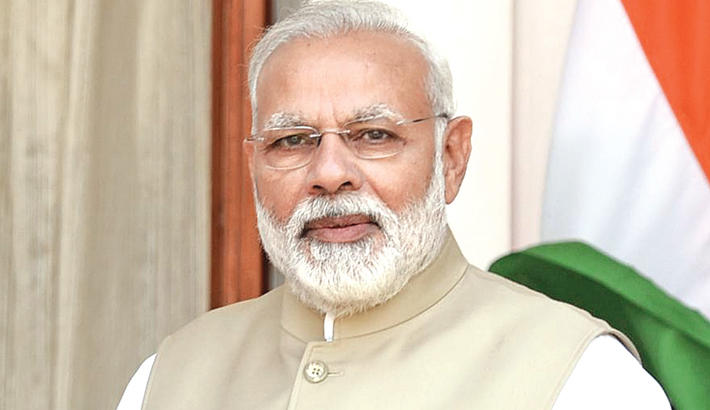 New Delhi: Prime Minister Narendra Modi continued shooting for a film in the Corbett National Park for his “propaganda and publicity” till the evening of February 14 despite the Pulwama attack taking place in the afternoon that day, the Congress on Thursday alleged, citing reports in a section of the media, reports PTI.

There was no immediate reaction from the Prime Minister’s Office and the BJP over the allegations.

The opposition party also accused BJP president Amit Shah of “politicization of terrorism” in his speech in Assam following the attack in which 40 CRPF jawans died after a Jaish-e-Mohammed terrorist rammed an explosive-laden vehicle into the paramilitary force’s convoy in Jammu and Kashmir’s Pulwama.

Shah, while addressing a public rally at Lakhimpur in Assam, had said that the sacrifices of the 40 CRPF personnel will not go in vain as there is a BJP government at the Centre now and it, unlike the previous Congress dispensation, will not “compromise” on any security issue.

Congress spokesperson Randeep Surjewala, addressing a press conference, launched an all-out attack on the government and the prime minister over the Pulwama terror strike.

In his hunger for power, the prime minister has forgotten “raj dharma” (duty of governance), he alleged.

Citing media reports in Hindi news papers, Surjewala gave a timeline of events saying the the terror attack happened at 3:10 PM on February 14 with the Congress reacting at 5:15 PM. “The prime minister also knew about it, yet the PM, a person who claims himself to be a pseudo nationalist, continues to shoot a film (for Discovery channel) for self propagation in Corbett National Park in Ramnagar,” he claimed.

He alleged that the prime minister continued to “enjoy boat rides” with the camera crew and later ensured that there is slogan shouting by BJP people in his favour there”The prime minister continues to eat chai, samosas at seven o’ clock at government expense in a PWD guest house when every single Indian household didn’t eat their food,” the Congress spokesperson said.