Monitoring cell to be formed to evict illegal chemical warehouses 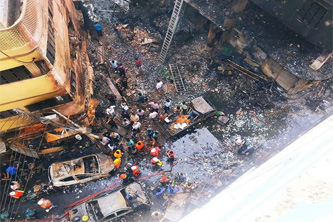 A ‘Monitoring Cell’ will be formed in collaboration with the city corporation, local public representatives and police aiming to evict the illegal chemical warehouses and combustible material-based factories of old Dhaka.

Before conducting the eviction drive, he said that the monitoring cell will survey the whole respective area and prepare the list of illegal chemical godowns and combustible material-based factories.

Terming the industrial factory in the residential area as very risky and threat to the public safety, he said the government will be in a strict position for this eviction.