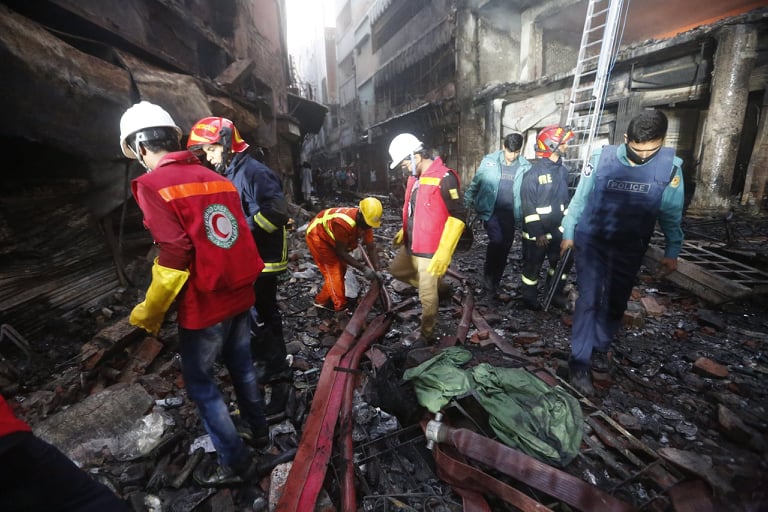 After fifteen hours of effort, the authorities have called off rescue operation in the ruins of a massive fire at Chawkbazar which has claimed lives of about 70 people so far.

Fire service officials said 70 body bags were sent to the morgue at Dhaka Medical College Hospital. But doctors there counted 67 bodies, after piecing together body parts.

At least 40 people have been admitted to the hospital, including nine at the burn unit. Among them one 22-year-old Shogagh, a perfume store worker, is in critical condition.

Five buildings in Churihatta, a highly congested neighbourhood, at Old Dhaka’s Chawkbazar, were razed in a fire that burned throughout Wednesday night.

On Thursday morning, firefighters struggled to douse the flames made worse due chemicals that were being stored in several of the buildings.