Government to give compensation to Chawkbazar fire victims: Quader 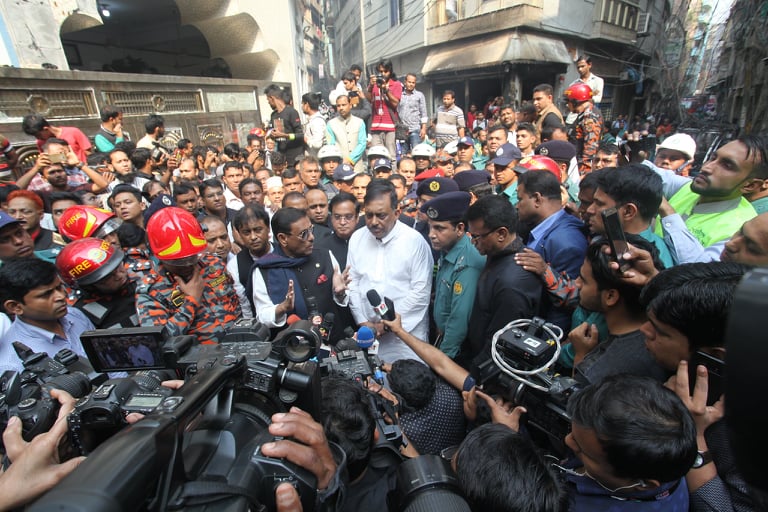 Road Transport and Bridges Minister Obaidul Quader on Thursday said the government will provide compensation to the victims of Chawkbazar fire, UNB reports.

Investigation will be carried out into the incident and necessary legal measures would be taken after investigation, Quader, also general secretary of ruling Awami League, told reporters while visiting the spot in the morning.

The government will take steps for the rehabilitation of the fire victims’ families, he said.

“We’ve takes lessons from this incident and necessary measures will be taken to avoid recurrence of such incident,” the Minister added.

Talking to reporters during his visit to Chawkbazar Home Minister Asaduzzaman Khan said following the Nimtoli fire tragedy, all the chemical godowns and factories were removed from the area but a section of businessmen again established their businesses at the same place.

Although the Dhaka South City Corporation (DSC) authorities stopped giving license to run business in the area, a section of businessmen are running their businesses here, he said adding that the Mayor will take necessary steps in this regard.

At least 70 people have been killed in a massive fire that ripped through several buildings in Old Dhaka’s Chawkbazar.