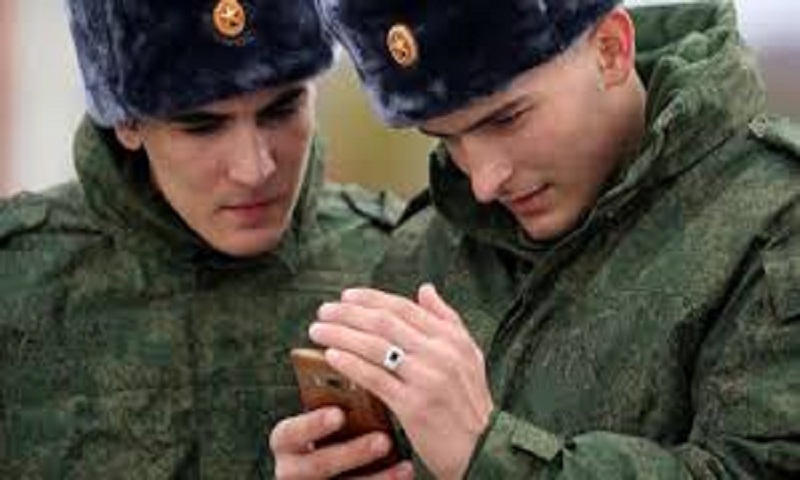 Russia's parliament has voted to ban soldiers from using smartphones while on duty, after their social media use raised issues of national security.

The bill forbids military personnel from using a phone with the ability to take pictures, record videos and access the internet.

Soldiers also cannot write about the military or talk to journalists.

More than 400 of 450 lawmakers in Russia's lower house of parliament, the Duma, backed the law on Tuesday.

Phones with basic calling and messaging facilities could still be used, but tablets and laptops would also subject to the new ban.

Why is there a ban?

In recent years, social media posts by servicemen have revealed Russia's military presence in eastern Ukraine and Syria, sometimes contradicting the government's official claim of not having troops there.

Since 2017, Russian soldiers have been warned against sharing any information online, including selfies.

Russia is not the first country to take steps to introduce stricter digital practices for military personnel following security issues.

US military security concerns were raised when a fitness tracking firm showed the exercise routes of military personnel in bases around the world - including in Syria and Afghanistan during conflict time.

US soldiers are still allowed to use social media, but must follow guidelines.