Hoda Muthana: Trump says IS woman barred from US return 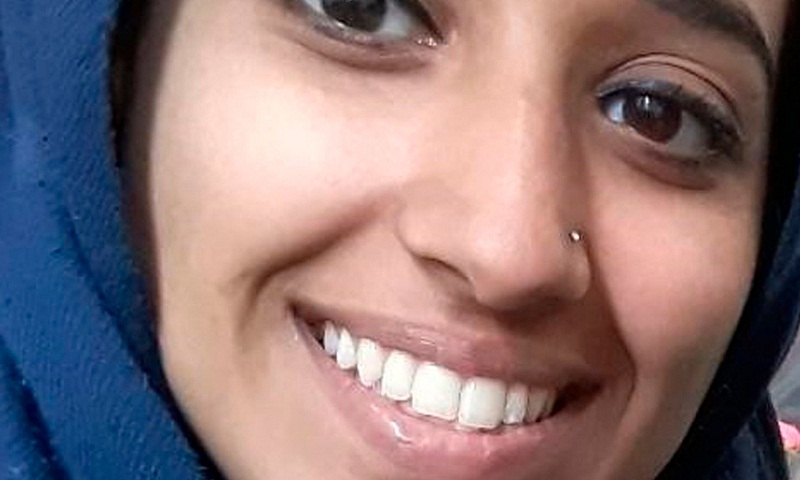 US President Donald Trump says a woman who left the US to become a propagandist for the Islamic State (IS) group will not be allowed to return.

On Twitter, he said he had instructed Secretary of State Mike Pompeo "not to allow Hoda Muthana back into the country".

Mr Pompeo had earlier stated that the 24-year-old was not a US citizen and would not be admitted.

However, her family and her lawyer maintain that she has US citizenship.

Ms Muthana, who grew up in Alabama, travelled to Syria to join IS when she was 20. She had told her family she was going to a university event in Turkey.

The case has similarities to that of UK-born teenager Shamima Begum who has been stripped of her British citizenship.

Ms Begum fled London to join IS in 2015 but has now said she wants to return to the UK.

President Trump recently told the UK and other European countries to take back and put on trial Islamic State (IS) fighters captured in the final battle against the group.

He warned that the alternative was that US-led Kurdish forces would have to release them.

Ms Muthana's family lawyer, Hassan Shibly, said it was "preposterous" that Mr Trump would call for European states to take back their citizens and "now is trying to play games when it comes to American citizens".

Ms Muthana has said she applied for and received a US passport before leaving for Turkey, the New York Times reported. She was shown in IS propaganda videos purportedly holding her US passport.

Analysts say the US government's argument appears to hinge on the fact that her father was a Yemeni diplomat. Children born in the US to foreign diplomats are not automatically considered US citizens because they are not under US jurisdiction.

However, her lawyer argues her father was no longer a diplomat by the time she was born.

Ms Muthana, who has an 18-month-old son, has said she deeply regrets joining IS and has apologised for social media posts in which she promoted the group and its aims.

She reportedly surrendered to Kurdish forces and is in a Kurdish-run refugee camp in northern Syria.