IS teenager Shamima won’t be allowed to entre Bangladesh 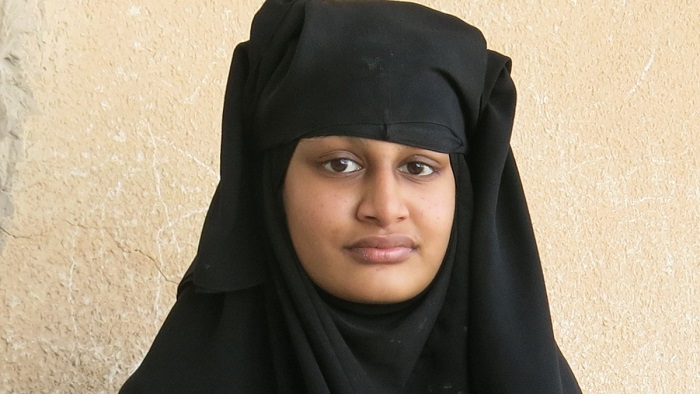 The government of Bangladesh on Wednesday made it clear that radicalised IS teenager and British citizen Shamima Begum is not a Bangladeshi citizen and there is no question to allow her to enter Bangladesh.

The Ministry of Foreign Affairs made this declaration through a press release saying "She (Shamima) never visited Bangladesh in the past despite her parental lineage. So, there’s no question of her being allowed to enter Bangladesh."

Bangladesh expressed deep concern as Shamima Begum has been erroneously identified as a holder of dual citizenship shared with Bangladesh alongside her birthplace, the United Kingdom.

"Bangladesh asserts that Shamima Begum is not a Bangladeshi citizen. She’s a British citizen by birth and has never applied for dual nationality with Bangladesh," said the Ministry of Foreign Affairs.

Bangladesh reiterated her firm commitment to adhere to the policy of zero tolerance against terrorism and violent extremism in all its forms and manifestations.

It came to government knowledge from different media sources that the government of the United Kingdom has revoked the citizenship of Shamima Begum on account of her radicalization in line with the ISIS outfit in Syria in the recent past.

Shamima Begum, who joined the Islamic State group in Syria aged 15, is to lose her UK citizenship, according to a BBC report.

Quoting Whitehall sources, the BBC reported that it was possible to strip the 19-year-old of British nationality as she was eligible for citizenship of another country.

Her family's lawyer, Tasnime Akunjee, said they were "disappointed" with the decision and were considering "all legal avenues" to challenge it.

Shamima Begum, who left east London in 2015, had said she wanted to return home.

She was found in a Syrian refugee camp last week after reportedly leaving Baghuz- IS's last stronghold - and gave birth to a son at the weekend.

In an interview with the BBC on Monday, she said she never sought to be an IS "poster girl" and now simply wished to raise her child quietly in the UK.

Under the 1981 British Nationality Act, a person can be deprived of their citizenship if the home secretary is satisfied it would be "conducive to the public good" and they would not become stateless as a result.

Shamima travelled to Syria with her sister's UK passport but it was taken from her when she crossed the border.