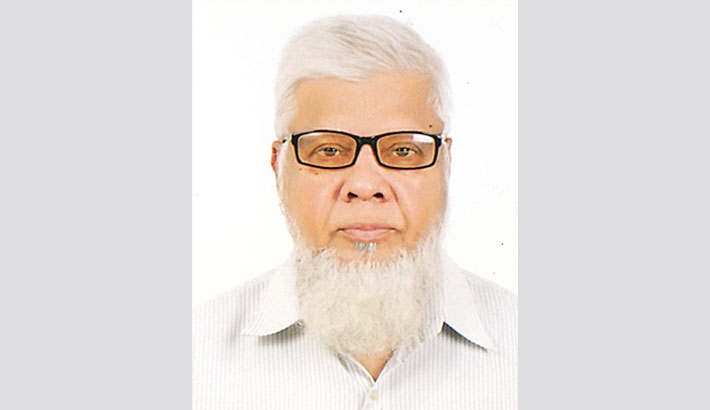 This year started with the staggering default loan to the tune of Tk 100,000 crore by a few public and private sector banks. This represents about 16 per cent of the disbursed loan that could be blown up to a disastrous proportion if there is no immediate check on the culture of impunity egged on political intervention and patronisation. The astounding growth of over 400 per cent from Tk 22,480 crore in 2009 to Tk 100,000 crore in 2019 is the manifestation of bizarre negligence of the authority in taming the trend instead the rhapsody fuels the ominous culture to live on borrowed money by a few privileged people in our society.

Both default and written off loans now stood over Tk 138,000 crores and nearly 85 per cent of it is pending with the money loan courts because of the drawn-out process to settle the cases. Unfortunately, the budgetary provision every year by the Ministry of Finance aggravated this liquidity thirst by some unscrupulous corporate bankers through connivance among themselves.

The recent demand of Rajshahi Agricultural Development Bank [RAKAB] is a case in point whose existing liability exceeds asset by over Tk 200 crore. The bank is now asking for Tk 775 crores to replenish its capital adequacy to meet the Basel-3 requirement though there was an injection of Tk 200 crores in June 2018. The proportion of default loans in RAKAB is about 24 per cent of the total loan disbursed. Thus, the overall picture of the public sector banks transmits an unending process of bad debt.

Newspaper reports suggest that bank directors often enforce bank officials to sanction loan which is not viable on economic consideration and again on impoverished collateral. Again corruption, connivance and lack of professionalism contribute to the growth of default loan. Though modest improvement in loan recovery of Sonali Bank is observed but in the case of other three public banks – Janata, Agrani and Rupali – the recovery performance is not encouraging. Though Bangladesh bank often set a target of recovering default loan from defaulters mainly from the 20 major defaulting companies, but there is always a gap in target achievements.

The credit rating by the Moody put the banking system on “negative” watch. Out of previous fifty nine banks, nine banks are in distressed position. With three new banks, the total number of banks will be sixty two and without any new product and the stereotype banking practised by many scheduled banks, the future picture may not transpire a healthy environment. The problem of default loans may be acerbated with the recent write off arrangement of easing the bad loan from the balance sheet of the bank after a period of three years. Again, the rescheduling of loans in a few cases is facilitated by special provision from Bangladesh Bank. This often distorted the true picture of the extent of default loans.

The cumulative rescheduling of default loan by Bangladesh Bank may exceed over Tk 100,000 crore during the period from 2012 to 2018. Any rescheduling is considered as subsidy to the defaulters but it cost the nation. Besides, rescheduling the default loan also costs the economy in two ways; one is the inflation cost and the other is the extended time period of repayment that reduces the net value of loan. There are also instances of abrupt changes of a few fundamentals of monetary management to satisfy the need of the oligarchic nature of the banking structure. An example is the cut of cash reserve requirement [CRR] by 1 percentage point to 5.5 per cent to ease the liquidity position and to make available additional fund for loan to improve the liquidity position of the bank.

The banking sector is infested with many problems. One of the issues is the single digit lending rate which could invigorate investment climate but many banks are not in position to stick to it because of default loan culture and liquidity crisis. The liquidity crisis often indulges in unhealthy competition among the banks for deposit collection. However, the net return on deposit may even be negative in certain instances when inflation, advanced tax from interest income and ultimately the tax on the accumulated income is considered against the small margin of deposit rate over the inflation.

At the ultimate stage, when a bank with huge default loan failed to honour the depositors claim and reached the state of bank run, i.e., “when depositors suspect that a bank may go bankrupt and therefore ‘run’ to the bank to withdraw their deposits”, the only alternative is to restructure the bank in a different mode. The Farmers Bank Limited, a private bank has now a facelift by the Bangladesh Bank who renamed The Farmers Bank Limited as Padma Bank from February, 2019 as per the Bangladesh Bank order, 1972.  Probably, this would restore the public confidence and refurbish the image through ethical norm that could work as an immune system to restore the bank’s financial health better. Farmers Bank started its operation in 2013 but the aggressive banking practised and aggravated by the undue intervention by previous board of directors led to severe liquidity crisis. Once, the bank sought help to inject over Tk 800 crore to improve the liquidity position and to return the depositors money. It is alleged that the bank was awarded license on political considerations. It is encouraging to note that the Finance Minister promises to the nation, “I want to assure lawmakers that the number of loan defaulters will not increase. We want to come out from the loan default culture.” Let us wait to see what lies ahead for us in this pernicious culture.