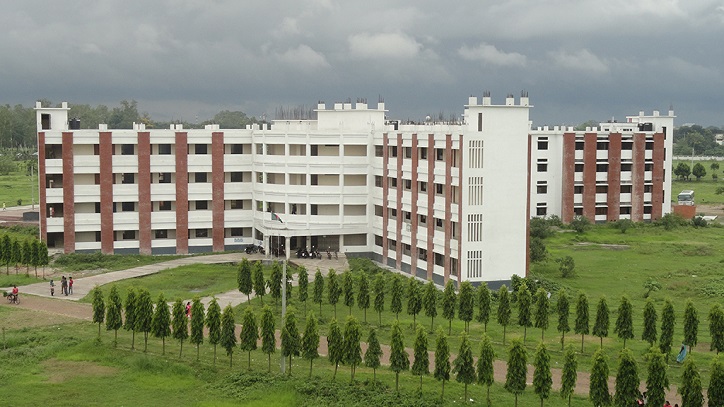 Three students, including two female ones, of Begum Rokeya University were injured as a water tank fell on them from the rooftop of a four-storey academic building on the campus on Wednesday, reports UNB.

The injured are Munira Khatun, Rumi Akhter and Sultan Mahmud of the Political Science department. They were admitted to Rangpur Medical College Hospital.

The university authorities have suspended two employees over the incident.

Witnesses said the students were walking by the academic building when a water tank fell on them from the rooftop around 1pm, leaving the trio injured.

After the incident, their fellows from the department locked the main entrance of the academic building and staged demonstrations demanding proper investigation and punishment of those responsible for the incident.

A three-member probe committee was also formed headed by Assistant Proctor Md Atiar Rahman to look into the incident and the committee was asked to submit its report within three working days.