Lloyds bank 2018 profit jumps by more than a quarter 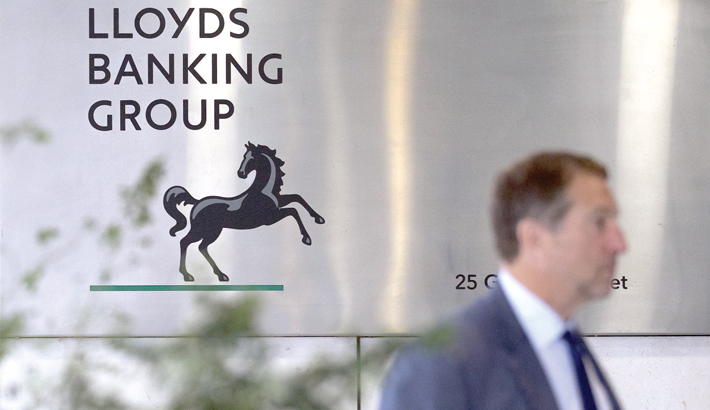 Lloyds, which returned to full private ownership in 2017 following its financial rescue by the UK government a decade earlier, added that pre-tax profit rebounded 13 percent to o5.96 billion.

“Given our UK focus, our performance is inextricably linked to the health of the UK economy,” added chief executive Antonio Horta-Osorio. “Over 2018, economic performance has remained resilient with record employment and continued GDP growth.”

In a nod to uncertainty over Britain’s looming departure from the European Union, he added:

“Whilst the near-term outlook remains unclear, particularly given the ongoing EU withdrawal negotiations, our strategy will continue to deliver for our customers.”

Britain will leave the European Union on March 29 — but with five weeks to go, businesses are still fretting over the possibility of a chaotic no-deal departure.

The lender also hiked its shareholder dividend by five percent to 3.21 pence per share and proposed a share buyback of up to o1.75 billion. That represented a total return of up to o4 billion for shareholders, reflecting its optimism over the strong economy.

“The group is planning on the basis of an orderly EU withdrawal and, given the resilience of the UK economy, intends to implement a share buyback of up to o1.75 billion,” the bank added. The London-listed financial services giant, whose brands include Lloyds, Halifax, Bank of Scotland and Scottish Widows, operates primarily in Britain with some 27 million commercial and residential customers.