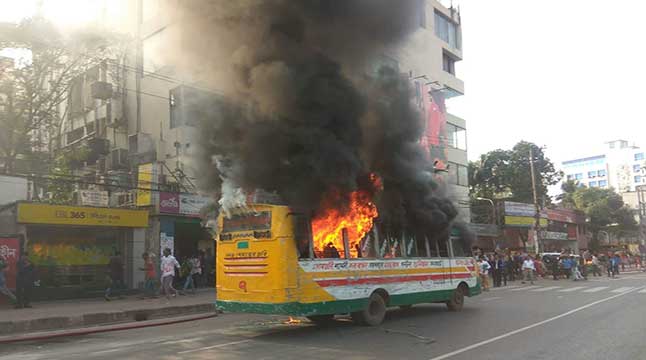 At least eight people suffered burn injuries as a fire broke out in a bus in the city’s Dhanmondi-27 area on Wednesday afternoon.

Mizanur Rahman, duty officer of fire service control room, said that the bus caught fire from a leaked gas line in front of Sunrise Plaza around 3:35 am and also speared to a pick-up van.

On information, two fire-fighting units rushed in and doused the fire.

Among the injured, two were taken to Dhaka Medical College Hospital.