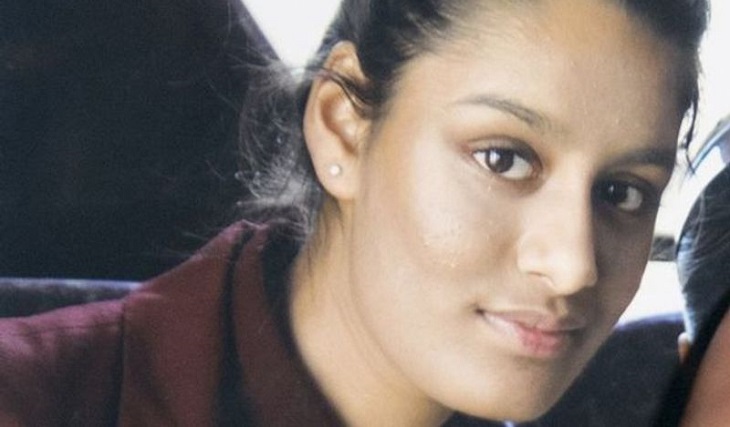 Shamima Begum - the teenager who fled London to join Islamic State group in Syria - has said being stripped of her British citizenship is "unjust".

Ms. Begum, 19, told ITV News that she found the Home Office's decision "heartbreaking" - but she may try for citizenship via her Dutch husband.

Her family has said they plan to challenge the government's decision.

Government sources said it was possible to revoke her UK nationality as she was eligible for citizenship elsewhere.

Her mother is believed to be a Bangladeshi national which means under Bangladesh law Ms. Begum would be too, said Lord Carlile, a former independent reviewer of terrorism legislation.

However, when asked by the BBC, Ms. Begum said she did not have a Bangladeshi passport and had never been to the country.

Ms. Begum was a schoolgirl when she left Bethnal Green in 2015. She was found in a Syrian refugee camp last week after reportedly leaving Baghuz - IS's the last stronghold.

She gave birth to a son at the weekend and now wants to return home.

A Home Office spokesperson said the department did not comment on individual cases but decisions to remove citizenship were "based on all available evidence and not taken lightly".

The spokesperson said: "In recent days the home secretary has clearly stated that his priority is the safety and security of Britain and the people who live here."

ITV News showed Ms. Begum a copy of the Home Office's letter - which had been sent to her mother. Ms. Begum said: "I am a bit shocked. It's a bit upsetting and frustrating. I feel like it's a bit unjust on me and my son."

She added: "Another option I might try with my family is my husband is from Holland and he has family in Holland.

"Maybe I can ask for citizenship in Holland. If he gets sent back to prison in Holland I can just wait for him while he is in prison."

Ms. Begum's husband is a Dutch convert to Islam and is thought to have surrendered to a group of Syrian fighters about two weeks ago.

The lawyer for Ms. Begum's family, Tasnime Akunjee, said they were considering "all legal avenues" to contest the Home Office decision.

Mr. Akunjee told the Independent that the Bangladesh government "does not know who she is". He said: "Our position is that to all practical purposes she has been made stateless.