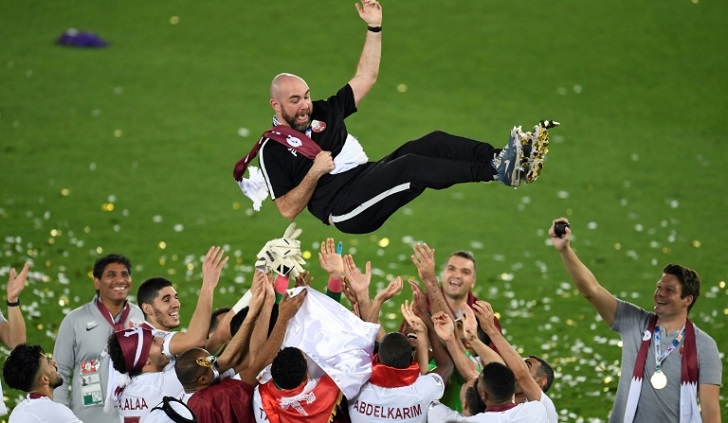 Newly-crowned Asian Cup winners Qatar could play friendlies against Brazil or Uruguay in June ahead of playing in the Copa America, the team's coach and officials said on Wednesday.

The South American giants are among a list of teams Qatar are trying to secure matches against -- others include Colombia, Panama and the USA -- ahead of their first Copa America appearance.

"We need to finalise the preparations but sure we need to play a couple of games," said coach Felix Sanchez on the sidelines of an award ceremony for the winning squad in Doha.

"We prepare a list of potential teams that we would like to play against but also we need to see their availability."

"It will be [a team] from South America, we will announce it as soon as possible," he said.

Qatar have been drawn in a group with Argentina, Colombia and Paraguay in the Copa America, which starts on June 15.

The 2022 World Cup hosts could also set up a training camp in the United States ahead of the tournament.

Qatar's inclusion in the Copa America -- along with that of Japan -- initially raised eyebrows but both teams reached the Asian Cup final.

Sheikh Hamad added that the QFA was "working" on a new contract for Sanchez following the Asian Cup triumph.

Sanchez, however, said he did not need one, but when asked how long his existing contract was for, he said he could not "remember".