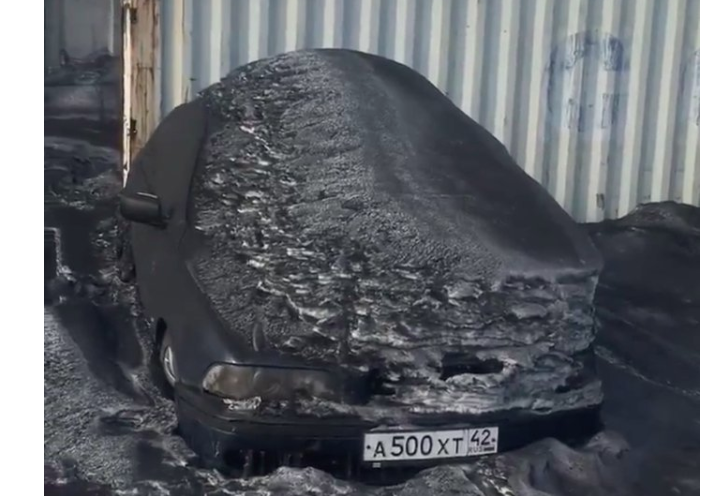 It's been snowing in Siberia. But instead of waking to a white winter wonderland, residents in Russia's coal basin are living through a dark, industrial nightmare.

Three separate cities within the coal-mining region of Kemerovo in southwest Siberia have been blanketed in a thick, black deluge of toxic snow, polluted by ever-present coal dust that pervades the atmosphere – and now the surface, too.

"There is a lot of coal dust in the air all the time," Vladimir Slivyak, the co-chair of Russian environmental advocacy group Ecodefense, When snow falls, it just becomes visible. You can't see it the rest of the year, but it is still there." told The Guardian.

But that doesn't make their situation any better. "No cleansing systems, all the waste, dust and dirt, coal lay in the area," a resident told The Siberian Times. "Our children and us are breathing it. It's just a nightmare."

The Guardian recounts the heartbreaking account of officials in Mysky, a town in the region, for deliberately painting their snow white in an effort to give the children a sense of normalcy because black snow is far from ordinary.