Deepika Padukone will do anything to make her mother laugh 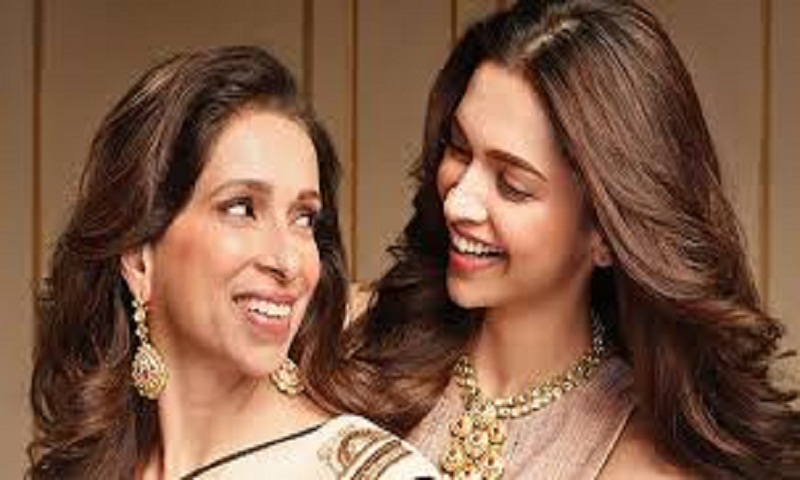 Actor Deepika Padukkone is in her happy zone and often shares her happiness on Instagram. The actor, who tied the knot with actor Ranveer Singh in November last year, celebrated their first Valentine’s Day post marriage with the Padukone family. The couple was seen cheering her father Prakash Padukone, who was honoured at an awards event on February 14. Deepika has now shared two candid pictures from her fun moments with mother Ujjala Padukone post the event, report Hindustan Times.

The actor shared new pictures on her Instagram account showing her making funny faces to make her mother laugh. She captioned them, “trying to get her to smile...but she’s such a natural.. #motheranddaughter.” While the senior Padukone can be seen smiling in the first picture, she eventually laughs at her daughter’s antics in the second.

Deepika had earlier shared a few pictures of her look of the day in an orange backless gown. Ranveer had reacted to each one of them with comments like “Tasty fingers” and a “Purrrrrrrrrrrr”. He had written on one of the pictures “Maar hi dogi Tum ...( You will kill me with your looks).”

On the work front, Deepika has begun work on her debut production venture Chhapaak. She will be playing the role of acid attack survivor Laxmi Agarwal in the film, which is based on the latter’s life. Meghna Gulzar of Raazi fame is directing the film and has also cast Vikrant Massey as the male lead.

Talking at Lit for Life 2019 event in Chennai, Meghna had said, “You won’t be seeing Deepika, you know. You will be seeing a disfigured Deepika. There is an uncanny similarity between the survivor and Deepika.”