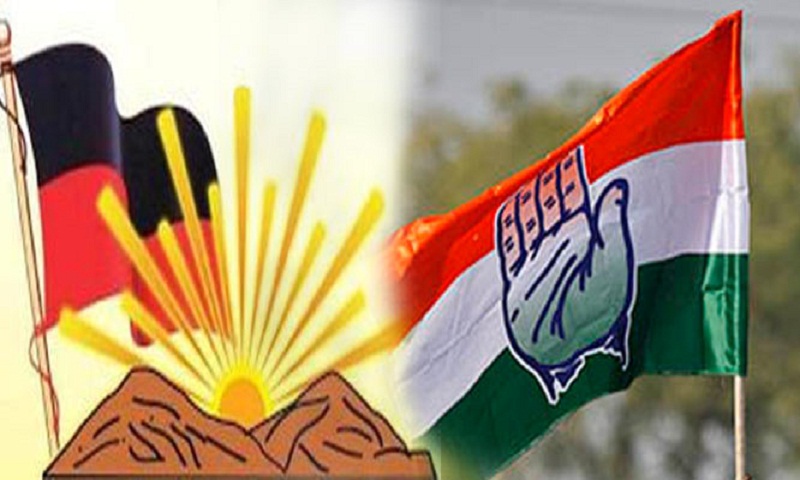 Hours after the AIADMK and the BJP announced their alliance and seat-sharing pact, K S Alagiri chief of the Tamil Nadu unit of the Congress said his party and its ally DMK will seal a deal on Wednesday, report Hindustan Times.

The two sides have held several rounds of negotiations so far. The final round of negotiations is on in New Delhi between the top brass of Congress and DMK. It has almost been decided that the grand old party is likely to get 10 seats of the 40. This includes nine seats in Tamil Nadu and the lone seat in the adjoining union territory of Puducherry, said persons familiar with the development.

Alagiri said they have almost concluded the talks and the poll pact will be signed on Wednesday. Both the DMK and the Congress failed to win any Lok Sabha seat in Tamil Nadu in the 2014 general elections.

“We have already announced about our alliance. We (Congress and DMK) will make a final announcement in Chennai tomorrow,” Alagiri told HT.

“The talks are on in New Delhi. Our president is on tour conducting Grama Sabha meetings. He will return to Chennai tomorrow. So, he will clear things by tomorrow evening,” Bharathi said.

Apart from Congress, the DMK is also talking with CPI and CPI (M), Vaiko’s MDMK, Viduthalai Chiruthaigal Katchi (VCK- a Dalit party) and Indian Union Muslim League (IUML) to include them in the alliance.

According to sources DMK is looking to contest in some 25-28 seats.

“DMK would contest from 25 to 28 seats. It may ask VCK and MDMK to contest with its Rising Sun symbol. Both the Left parties and IUML would contest on their own symbols,” said a DMK functionary who did not want to be identified.

According to R Mutharasan, State Secretary, CPI, the party will start talks after the DMK signs the poll pact with Congress.

“Within two or three days, we will finalise our alliance with DMK. I don’t want to reveal on numbers of seats which we are looking to contest,” said Mutharasan.

Political Analysts in the state also say that going by past trends DMK is likely to contest at least 25 LS seats in Tamil Nadu.

“Since DMK feels it is stronger than AIADMK, it will not contest less than 25 seats,” said Aazhi Senthilnathan, a leading political analyst.