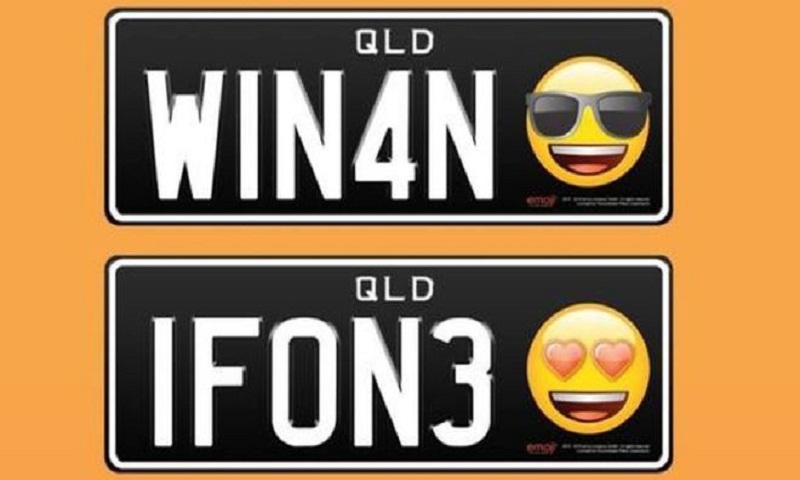 If a personalised number plate simply isn't enough to express your complex personality, worry not - soon you will be able to add an emoji to the mix.

Ok, you'll have to move to Queensland, Australia - but once that's sorted, you can get your own little smiley starting next month.

The emojis will cost you some extra of course, and are only for decoration.

Oh, and only a few positive faces are allowed, so you'd better be a chirpy driver or else things won't match up.

Your choice will be limited to laughing out loud, a winking face emoji, the cool sunglasses, the heart eyes, and the good old standard smiley face.

The symbols won't be part of the sequence to identify your car, though; that will still be down to the letters and numbers on the plate.

According to local media, the Royal Automobile Club of Queensland (RACQ) has no issue with the new scheme. Spokeswoman Rebecca Michael told 7News Brisbane it was no different from drivers putting the logo of their favourite sports team on a plate.

"For quite some time we've seen that you can support your favourite team or your favourite town with a symbol on your number plate. And using an emoji is no different," she said.

Social media reactions to the new plates have ranged from enthusiasm to irony and disdain. While some can't wait to get one, others have branded the idea a bit tacky or vain.

And of course, some said they'd be keener if the full spectrum of emojis was available - everything from angry faces to... well, the cartoon poop.

Since the plates have a price point of 475AUD (£260, $340), some commenters pointed out that it's a nifty way for authorities to make yet more money from personalised plates.