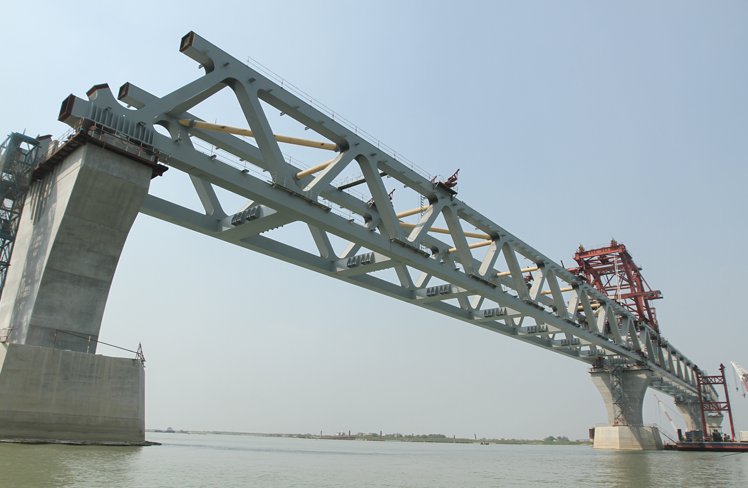 The eighth span of the 6.15- kilometre long Padma Bridge has been installed,  making a 1200-metre stretch of its main structure visible.

The span was placed on its 35th and 36th pillars at Janjira end in Shariatpur at around 12:35pm on Wednesday.

Earlier, the eighth span has started its journey from the specialized workshop at Kumarbhogh in Mawa on Tuesday morning towards Janjira end through a 3,600 metric ton capacity floating crane Tian-E. The span carrying crane reached Janjira end on Wednesday morning.

Another new span titled '6-D' is expected to be installed on the 34th and 35th pillars of the bridge at the Janjira end by March 10.

The fourth span was positioned on May 13, after two months. After one month and 16 days, the fifth span was installed on June 29.