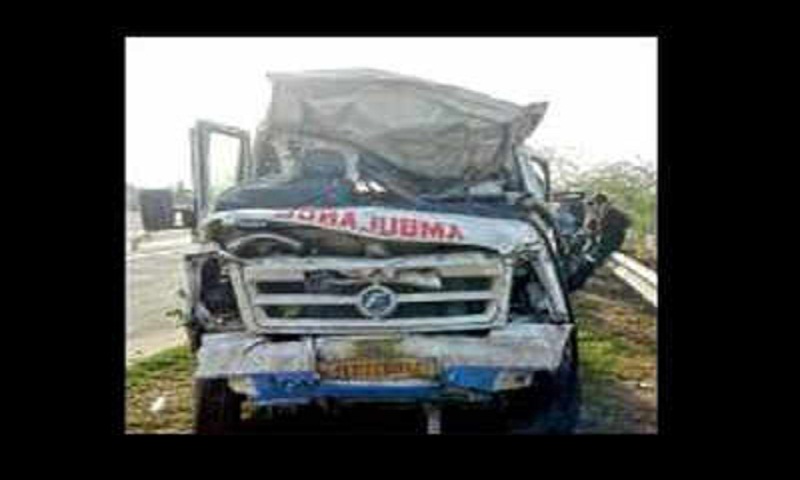 Seven people were killed while half a dozen were injured when an ambulance rammed into a divider and later collided with a car on the other side of the road on the Yamuna Expressway in Mathura on Tuesday morning, report Hindustan Times.

According to police, the accident took place around 7am near Sukhdev Burj village after the driver of the ambulance apparently dozed off and lost control over the vehicle, which was also carrying a corpse. All the seven persons — four men, two women and an eight-year-old girl — died on the spot. Six of the deceased were in the ambulance while one was travelling in the car, police said.

“The ambulance was going from Jammu to Patna and carrying the body of one Zakir Ansari. The driver, Hari Singh from Jammu, was killed in the accident,” said SP Sharma, in-charge of Baldeo police station in Mathura.

“Those in the car on the other side of divider were from Tundla town in Firozabad. They were moving towards Delhi when their car was rammed by the ambulance. Saroj Devi, 67, one of those travelling in the car, died on the spot,” Sharma stated.

Family members of those coming from Tundla had arrived in Mathura while those related to the occupants of the ambulance were yet to turn up, police said. The injured were admitted to different hospitals, Sharma said.

“The exact reason behind the accident is yet to be ascertained. But it is believed that the ambulance hit the divider after driver Hari Singh apparently fell asleep and lost control over the vehicle. The ambulance landed on other side of the divider leading to a collision with the car,” the police officer said.