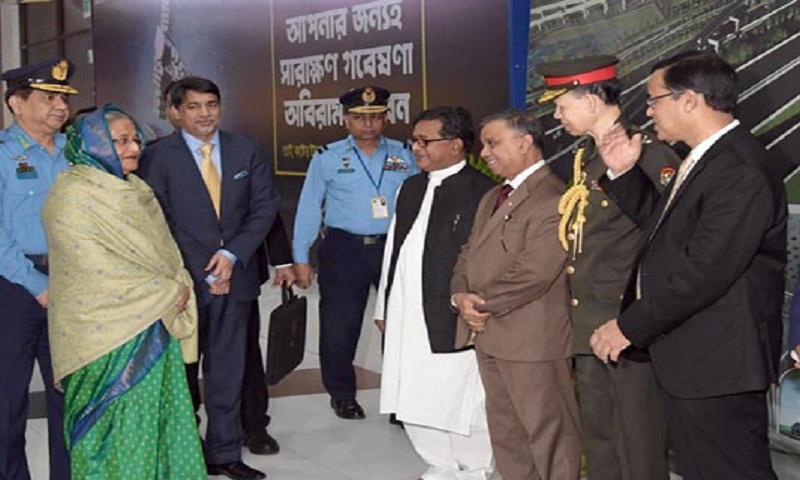 A VVIP flight of Biman Bangladesh Airlines carrying the prime minister and her entourage members landed at Hazrat Shahjalal International Airport in Dhaka at 6:25 am.

Bangladesh Ambassador to the UAE Mohammad Imran saw the premier off at the airport.

The two-nation visit was Sheikh Hasina’s maiden overseas tour after her assumption of the office as the prime minister for the fourth time last month.

In the first leg of her tour to Germany from February 14-16, Sheikh Hasina joined the two-day Munich Security Conference.

On the sidelines of the 55th edition of the conference, the prime minister addressed a roundtable on “Health in Crises – WHO Cares” and took part in a panel discussion on “Climate Change as a security threat”.

In the second leg of her visit to the UAE from Feb 17-19, Sheikh Hasina joined the opening session of the International Defence Exhibition (IDEX-2019) at Abu Dhabi National Exhibition Center (ADNEC).

Sheikh Hasina had an audience with Sheikha Fatima bint Mubarak Al Ketbi, wife of late Sheikh Zayed bin Sultan Al Nahyan, the founder and the Inaugural President of the UAE and Ruler of Abu Dhabi, at Al Bahar Palace the same day.