Will work to build modern Dhaka if elected, says Atiqul 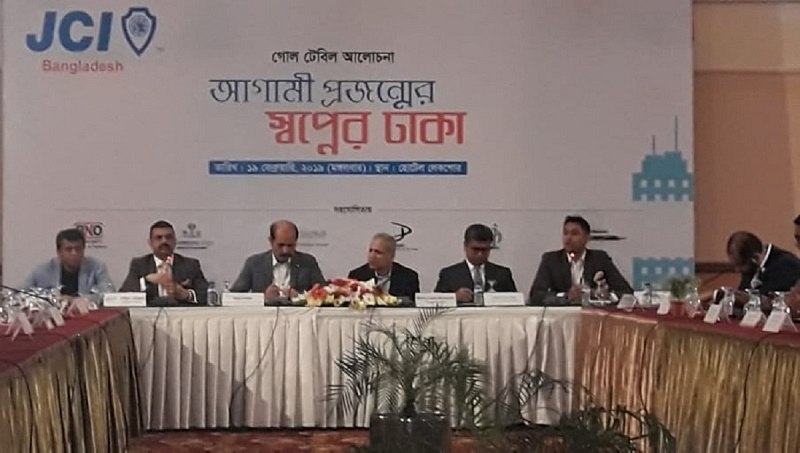 Awami League mayoral candidate for the Dhaka North City Corporation (DNCC) by-polls Atiqul Islam on Tuesday said he will work together with others to build the North Dhaka city as a beautiful, modern and dynamic one if he is elected.

“It’s a tough job. But I think if we can embrace the word ‘we’ instead of ‘I’, everything is possible,” he said while addressing a roundtable discussion on ‘Dream Dhaka for the future generation’ as a special guest organised by Junior Chamber International (JCI)-Bangladesh at a city hotel.

Atiqul Islam, an RMG entrepreneur, vowed to continue the good works of former Mayor Annisul Huq if he is elected in the by-election. “I’ll introduce ‘Nagar Apps’ and ‘reward-punishment’ provision as part of ensuring civic amenities. The water-logging problem will be removed after reclaiming canals with cooperation from all,” he added.

The ruling party candidate also said he will ensure coordination among the 54 organisations under eight ministries to ensure civics amenities.

President of the Federation of Bangladesh Chambers of Commerce and Industries (FBCCI) Shafiul Islam Mohiuddin was present at the programme as the chief guest.

Junior Chamber International (JCI) is a worldwide organisation of young professionals and leaders between the ages of 18 and 40. JCI Bangladesh is running its operation with around 14 local chapters with member base of around 700 and the local chapters are functioning to serve the community and society at the national level.