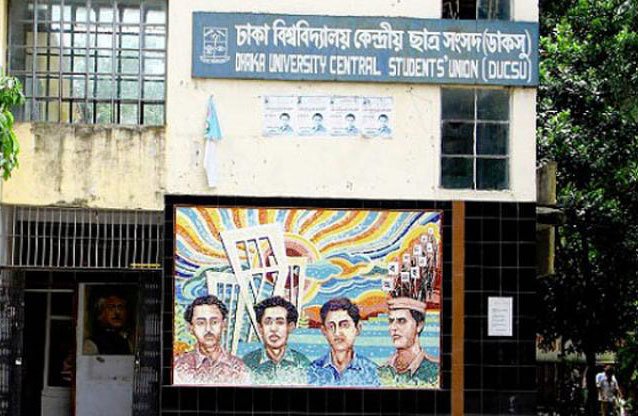 A total of 28 candidates collected nomination papers on Tuesday, the first day of the distribution, for contesting the elections to Dhaka University Central Students’ Union (Ducsu) and hall unions.

As per the election schedule, aspirants can collect nomination papers from their allotted halls from 10am to 4pm every day till February 25 and submit those till 12 noon of February 26.

“We’ve taken all steps to hold the Ducsu elections in a peaceful and participatory manner. Those are eligible for the polls can collect nomination papers from their respective halls without any fee," Chief Returning Officer Prof Mahfuzur Rahman told UNB.

Jubayer Islam Sanni, a third-year student of DU Mass Communication and Journalism department who collected a nomination paper from Bijoy Ekattor Hall, told UNB, "I’ve collected the nomination paper for drama and cultural affairs secretary post of the hall union. I think we’re really lucky as we can compete in the Ducsu election after a long time."

The overdue elections to Ducsu and hall unions are scheduled to be held on March 11 after long 28 years. Voting will be held from 8am to 2pm.

In line with the amended Ducsu charter, elections will be held against 25 posts of Ducsu and 13 posts of every hall union.