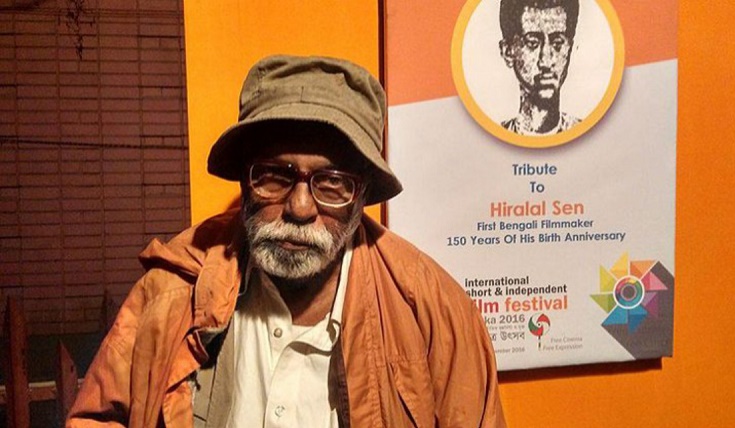 Muhammad Khasru, the pioneer of film society movement in Bangladesh, died at a hospital on Tuesday.

“He has been suffering from pneumonia, breathing problems, diabetes and asthma for a long time,” Anjan Jahidur Rahim, the incumbent president of Bangladesh Short Film Forum, told UNB.

Khasru had been living alone in the Mohanpur village of Rohingpur. He was brought to Dhaka last month after his physical condition deteriorated and was admitted to Ibrahim Cardiac Hospital.

His body will be kept at the Teacher-Student Centre of Dhaka University on February 20 at 11pm. His namaz-e-Janaza will be held at the university’s central mosque after Zohr prayer.

He will be laid to rest in Mohanpur village.

Khasru was renowned for his the editorship of the ‘Drupodi’ magazine and has been involved with the film industry for more than five decades.

He was honoured with lifetime achievement award of Dhaka University Film Society in 2017.