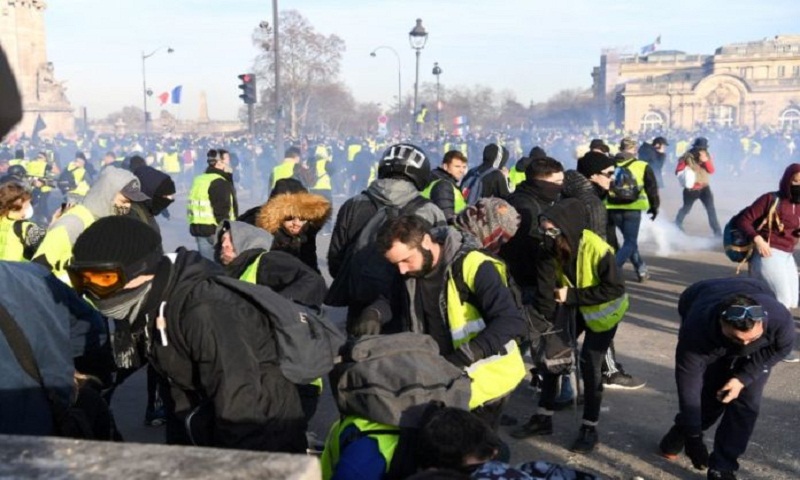 Mass rallies are planned in Paris and other French cities Tuesday to denounce a flare-up of anti-Semitic acts which culminated in a violent tirade against a prominent writer during “yellow vest” anti-government protests last weekend.

Political leaders of all stripes called the rallies after a protester was caught on video calling the philosopher Alain Finkielkraut a “dirty Zionist” and telling him that “France belongs to us.”

Finkielkraut had initially supported the yellow vest movement, before criticising the violence carried out against police forces by a fringe of suspected far-right and far-left demonstrators.

Protesters also launched anti-Semitic abuse at Ingrid Levavasseur, who tried to lead a yellow vest list for coming European Parliament elections, in Paris over the weekend.

President Emmanuel Macron called the insults “the absolute negation of who we are and what makes us a great nation. We will not tolerate it.”

His office said he would not take part in the rallies, though Prime Minister Edouard Philippe will be among several government officials at a Paris march starting at 7:00 pm (1800 GMT) at Place de la Republique.

But officials accuse the grass-roots movement of helping unleash a wave of extremist violence that has fostered anti-Semitic outbursts among some participants.