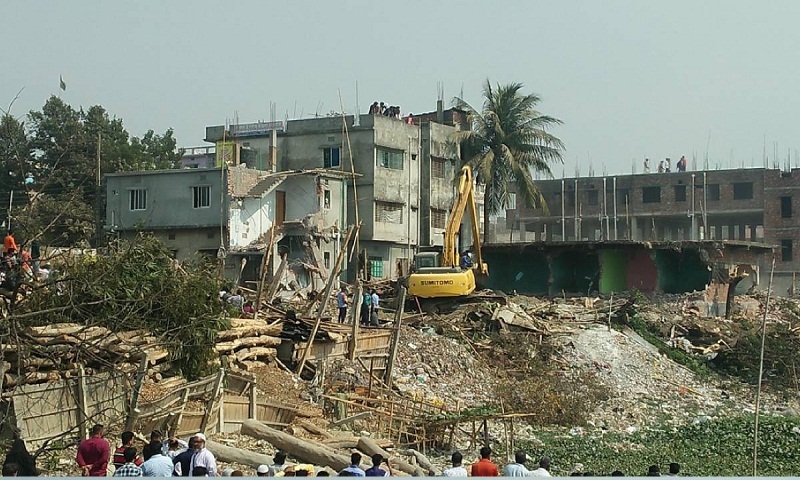 A total of 1656 illegal establishments have now been demolished in 10 days along the Buriganga River’s banks.

More than 50 illegal establishments were demolished in an eviction drive on Monday by the Bangladesh Inland Water Transport Authority (BIWTA).

BIWTA Executive Magistrate Mostafizur Rahman led the drive that started from Bochila in Mohammadpur around 10 am but had to stop after a few hours as the demolition of one building  became contentious as it was held to have been on legitimate privately-owned land, according to BIWTA sources.

Locals said the magistrate demolished a one-storey building even though it fell out of the government land. They also demanded compensation for the demolished building.

Later the eviction drive resumed at Bairokhali in Hazaribagh and at Washpur in Keraniganj and demolished more than 50 illegal establishments including two- and three-storey storey buildings.

The evictions on Monday were part of the BIWTA’s ongoing drive against illegal structures along river banks, or river-grabbing, report UNB.