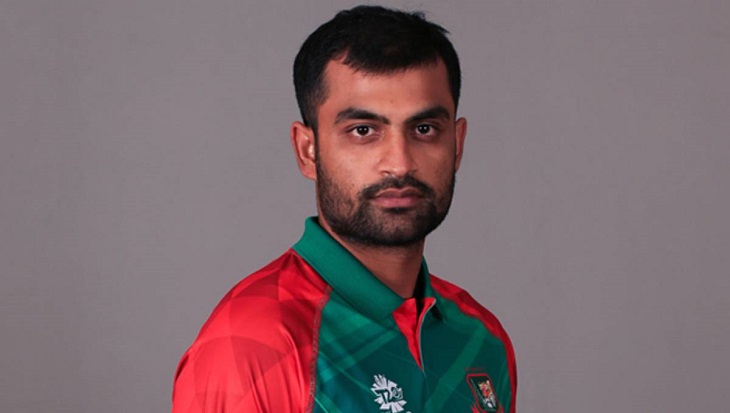 Ahead of the third and final ODI against New Zealand in Dunedin on Thursday, Bangladesh's batting stalwart Tamim Iqbal said he is looking forward to seeing a solid batting display in the first ten overs for their last 50-over outing on the tour.

According to Tamim, a more calculated batting performance at the start of the innings - something that has badly eluded Bangladesh thus far in the series - can lay the foundations for the team's first win against New Zealand in New Zealand.

In the first match in Christchurch, Bangladesh lost four wickets in the first 10 overs scoring just 50 runs. Tamim was the first batsman to depart early in the second over. Liton Das, Mushfiqur Rahim and Soumya Sarkar also followed him back to the pavilion in quick succession.

In the second match Bangladesh lost both their openers in the first 7 overs. Liton was the first batsman to get dismissed and Tamim followed him. Tamim said they are looking to do something different in the last game.

"Now, if we don't lose many wickets during the first ten overs in the third ODI, we may put pressure on them in the middle overs. I believe our batsmen are enough capable of playing great cricket. We have made the mistakes in the first two matches, and that is why we lost," Tamim said.

According to Bangladesh's most prolific ODI run-getter (as well as Tests and T20I) , since the team has shown it can beat New Zealand in England and Ireland, where conditions tend to be similar to New Zealand, they should be able to do it in New Zealand as well.

The Tigers opener was referring to two famous wins for Bangladesh over the Kiwis in 2017, firstly in a tri-series played in Dublin, Ireland followed by a thrilling win in the Champions Trophy played in England that saw Bangladesh qualify for the semi-finals.

As regards the goal of the Tigers in the third match, Tamim said: "Our main focus will be not to handover the match in the first ten overs. We don't want to replicate the same mistakes here. We have toured New Zealand 4-5 times but we have not won a match yet. But we have beaten them in England and Ireland, so I don't see any reason behind our inability in these conditions."

The final match of the series will take place in Dunedin at 4am (Bangladesh time) on February 20. Right after the three-match ODI series, Bangladesh will lock horn with the hosts in a 3-match Test series from February 28.