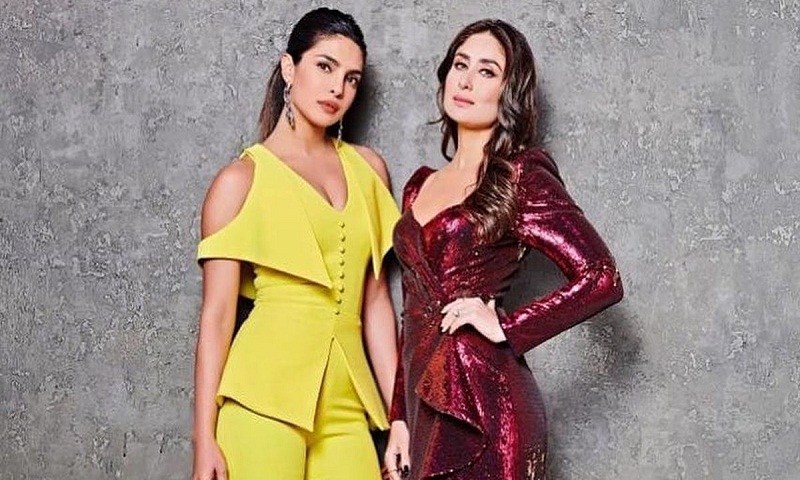 Fans have finally got some glimpses of the much-awaited episode of the popular talk show, Koffee with Karan, which would feature Priyanka Chopra and Kareena Kapoor Khan. The leading ladies of Bollywood sharing the same couch probably hints that there is no bad blood between them, anymore.

In a new video that is circulating on social media, both the actresses are being quizzed by the host, Karan Johar.

The filmmaker asks the Quantico star if she is aware who Varun Dhawan is dating.

“What do you mean you don’t know who Varun is dating?” Kareena Kapoor then intervenes.

“So now you know only Hollywood actors or what? You’re making us sound like… Don’t forget your roots, haan!” the actress chides Chopra.

On the film front, Priyanka Chopra starrer Hollywood rom-com, Isn’t it Romantic? released on 14 February. Currently, she is gearing up to make her comeback to Bollywood with Shonali Bose directorial The Sky is Pink. The film will also feature Farhan Akhtar and Zaira Wasim in key roles.