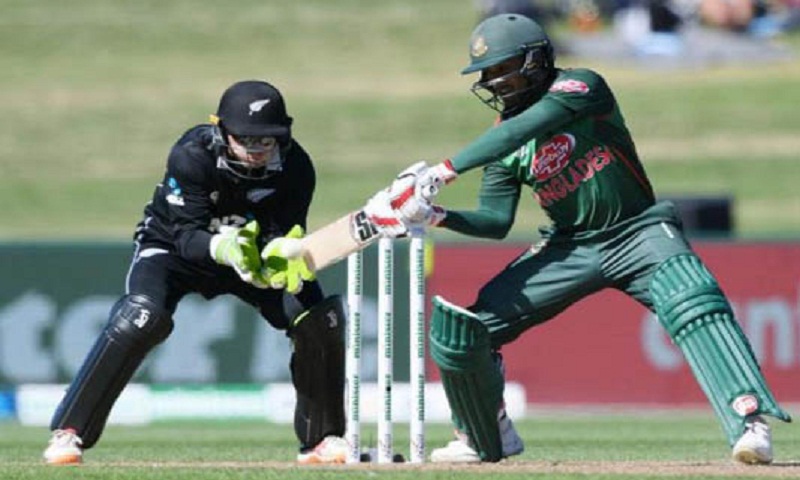 Bangladesh cricket team aim to restore of their some lost pride as they face host New Zealand in the third and final ODI of the series scheduled to be held on Wednesday at University Oval, Dunedin.

After losing the 2-0 series, Shakib less Bangladesh desperately looking to skip whitewash following their eight wicket defeats in their previous two matches. Not only that if Bangladesh able to win the third match, then they will be able to save three rating points to keep their previous ranking position and rating points.

The top orders of Bangladesh completely failed to score in both the matches as well as beaten completely by the New Zealand in every department. The moderate score of 232 and 226 in the last two matches were hardly tough to defend against the New Zealand strong batting line up.

Bangladesh’s dismal batting continued in the second match as the visitors slipped 5 for 93 before Bangladesh crossed the 100 runs mark. It was Mohammad Mithun once again salvaged Bangladesh from total embarrassment with his responsible 57-run knocks to help the Tigers to post a decent total of 226 before being all out.

Openers Tamim Iqbal and Liton Das, and Mushfiqur Rahim the three pillars of Bangladesh batting line up could not make run while the middle orders also failed to take the responsibility.

Mohammad Mithun was the only Bangladesh batsman has been showing consistence performance in the series with bat scoring back to back half centuries while Sabbir Rahman’s useful 43 saved Tigers from certain debacle.

The bowlers were rather off-colored in the second mach as only Mustafizur Rahman was shine with ball picking up two New Zealand’s wickets.

According to Bangladesh skipper Mashrafe the team have to score more heavily at the top and will have to play as a group. He said in both matches we got 230, but we need to get to 270-280. We need bigger partnerships like 60-70 runs rather than 30-40, so hopefully we can step up and give our best. On the other hand, New Zealand are in a quite comfortable position after winning the series with one match in hand and the host are looking to make it 3-0.

Opener Martin Guptill is in tremendous form scoring back to back centuries in the previous two matches and he may once again the baggiest threat for Bangladesh in the third match. Pacer Lockie Ferguson who picked up three wickets in the second match, again may cause of concern for Bangladesh batsmen.

New Zealand skipper Kane Williamson said “It was a clinical performance from us. Martin Guptill was brilliant in the first game, and just carried on in this game. Back to back hundred – that’s freakish. He’s been hitting it beautifully. I just wanted to play second fiddle to him. I’m looking forward to Dunedin and the Test matches, so I’ll be having a bit of a break before that.”