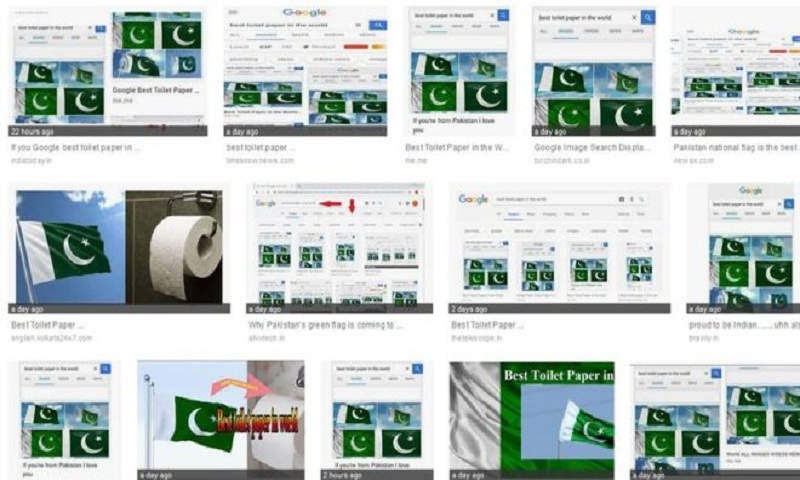 Google searches for "best toilet paper in the world" appear to have been manipulated to return images of the Pakistan national flag.

The results are believed to be the work of protesters acting in response to an attack in Indian-administered Kashmir that left at least 40 soldiers dead.

It is the deadliest militant attack on Indian forces in Kashmir since the insurgency against Indian rule began.

Pakistan-based Islamist group Jaish-e-Mohammad said it was behind the attack.

The flag-toilet paper connection emerged soon after the 14 February attack in a few blogs commenting on the attack and became a trending topic on social media over the weekend. The number of people searching for the connection may have also influenced how Google returns results.

Google has not yet commented on how this could have happened.

This is not the first time that a search via Google has returned curious results. Heads of state including US President Donald Trump and Indian Prime Minister Narendra Modi have both been linked to searches for derogatory phrases.