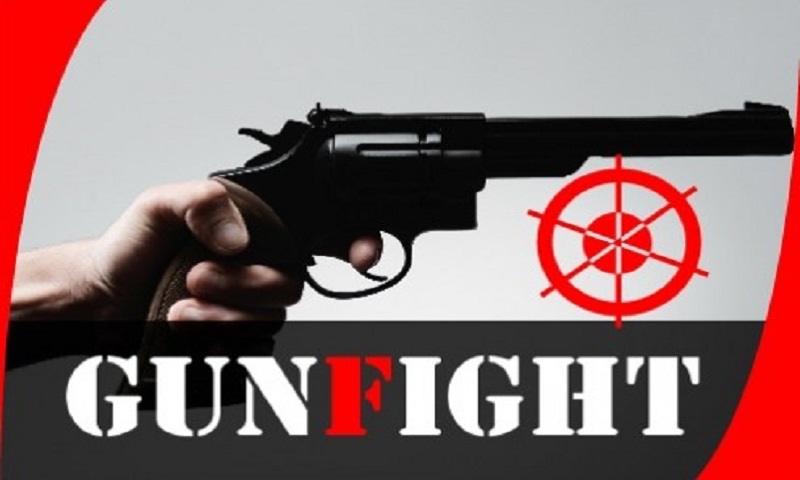 Two suspected robbers were killed in a reported gunfight with police in Katadah field in Daulatpur upazila early Tuesday.

The deceased were identified as Mufazzel Hossain alias Mufa, 42, son of Moser Uddin of Gorra village and Mahabul, 40, son of Abul Rahim of Koipal village in the upazila.

Being informed that two robber gangs locked into a gunfight over internal clash, a team of police conducted a drive in the area, said Md Nazrul Islam, officer-in-charge of Daulatpur Police Station.

Sensing the presence of law enforcers, the robber gangs opened fire on them, forcing them to fire back, triggering the gunfight.

After the gunfight when the robbers fled away police rescued two robbers as bullet injured.

The injured were taken to Daulatpur Upazila Health Complex where doctors declared the duo dead.

Police also recovered two LG guns, four round bullets and a machete from the spot, said the OC adding that the two robbers are accused in several robbery cases.