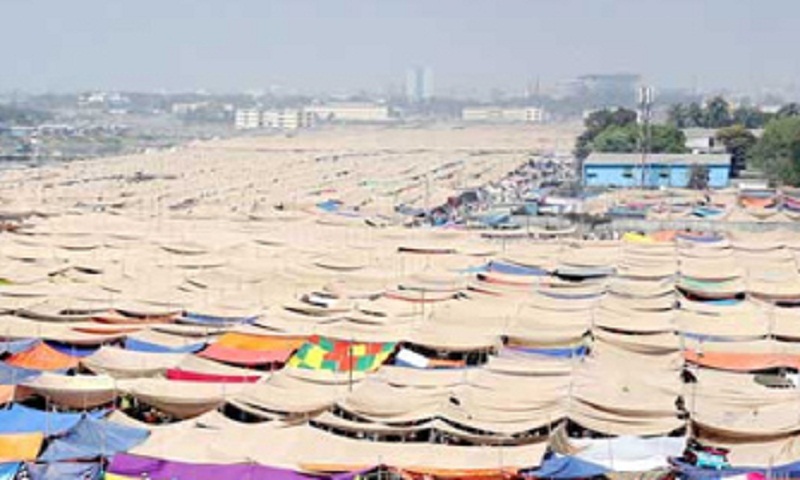 The five-day Biswas Ijtema is going to end today through Akheri Munajat following the extension of the congregation by a day due to inclement weather that disrupted the rituals of Indian preacher Maulana Saad followers.

After the beginning of the bayan, heavy shower and thunderbolt disrupted the rituals of the devotees prompting the authorities to extend the ijtema by another day.

The time has been extended so that Islamic scholars from home and abroad can deliver their sermons properly, State Minister for Youth and Sports Zahid Ahsan Rasel told BSS.

From Sunday, Syed Wasiful Islam, who leads the other group that follows Indian preacher Maulana Saad Kandhalvi, is supervising the ijtema on Sunday, Monday and Tuesday.

On January 24, the government announced the schedule of Ijtema following a meeting with two factions of Tabligh Jamaat.

On December 1, the two factions of Tabligh Jamaat were locked into infighting on the Ijtema ground in Tongi that resulted in deferring the Ijtema from January 11 to February 15.

Tabligh Jamaat has been organising the Ijtema at the venue since 1967 while the Ijtema is being held in Bangladesh every year from 1946.