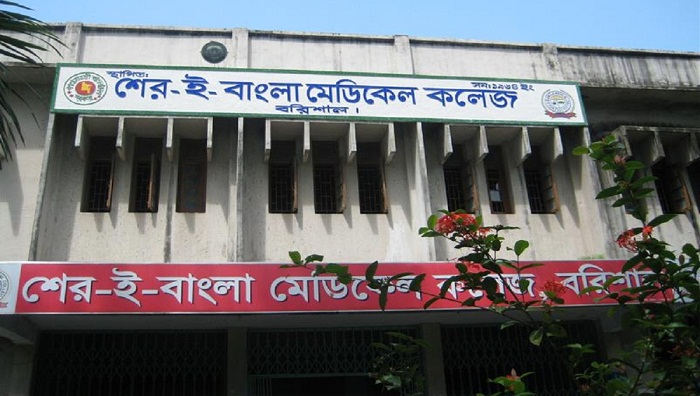 The bodies of 31 newborn babies were found dumped in a garbage tank of Sher-e-Bangla Medical College (SBMC) in Barishal on Monday night, triggering strong indignation by local people.

Locals said a cleaner of Barisal City Corporation (BCC) first saw the bodies of the newborns around 8:00pm when he came to collect waste from the garbage tank of the hospital.

“I got scared after seeing so many bodies of newborn babies in the dustbin. I immediately called one of my co-workers and informed police of the matter,” he said.

Quoting the hospital authorities, police said the bodies of the newborns had been at the laboratory of the gynecology department for experiment of intern doctors.

Commissioner of Barishal Metropolitan Police (BMP) Mosharraf Hossain visited the spot and told newsmen that a general diary (GD) would be filed over the matter.

“The bodies of the newborns were kept at the gynecology department with permission from the parents of the deceased,” he said.

Replying to a question, the BMP commissioner said this is not a case of murder.

Contacted, officer-in-charge of Kotwali police station Nurul Islam, said, “The bodies had been kept at the laboratory of Gynae department for the last 20-25 years.

“The bodies were dumped as they were no longer worth experiment. They should not have been dumped; they should have been buried,” he added.

Director of the hospital Dr Bakir Hossain said the bodies of the newborn babies had been dumped by gynecology department without giving them to the authorities concerned.

“A three-member committee has been formed to investigate the matter,” he added.

“As the bodies were no longer worth experiment, the Gynae department should have buried them. Action would be taken against the department,” Dr Bakir said.

Hearing the news, several hundred local people came to the spot and expressed their indignation at the immoral act.

They strongly condemned the dumping of the bodies of the newborns and demanded investigation into the matter so that such incident never happens again.