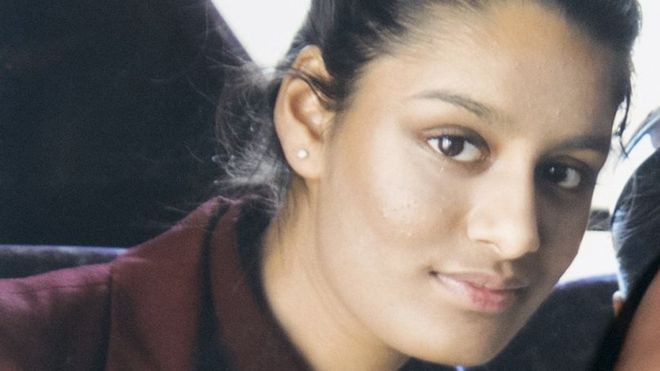 Shamima Begum, one of three teenage girls to flee east London for a new life with the Islamic State group, says she has given birth to a baby boy.

The 19-year-old told Sky News: "People should have sympathy towards me for everything I've been through."

Under international law, the UK is obliged to let a Briton without the claim to another nationality back in.

Asked if she had made a mistake by travelling to Syria, Ms Begum told Sky News: "In a way, yes, but I don't regret it because it's changed me as a person.

"It's made me stronger, tougher. I married my husband. I wouldn't have found someone like him back in the UK."

She continued: "I had my kids, I did have a good time there.

"It's just that then things got harder and I couldn't take it anymore."

Earlier, Mohammed Tasnime Akunjee, a lawyer for Ms Begum's family, told Radio 4's The World This Weekend: "They are obviously very happy and joyous that Shamima has successfully given birth and that she's healthy."

But he added that following the reported death of Ms Begum's other two children in Syria, they were "very concerned" about the baby and wanted them to come back.

Kadiza is thought to have died when a house was blown up, and the fate of Almira is unknown.