4 killed in overnight encounter in Jammu and Kashmir's Pulwama 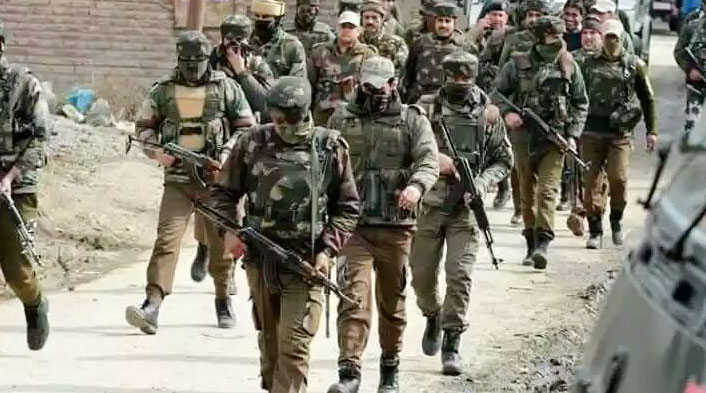 Four soldiers including an officer were killed in an overnight encounter with terrorists in Jammu and Kashmir's Pulwama, days after over 40 soldiers were killed there in a terror attack on a Central Reserve Police Force (CRPF) convoy, reports NDTV.

A search operation was launched late last night by army, police and CRPF personnel after a tip-off that terrorists were hiding in the Pinglan area.

Those killed belong to the 55 Rashtriya Rifles. Two or three terrorists are believed to be still hiding in the area and firing is on.

A civilian was also reportedly killed in the encounter, said police sources.

On February 14, a Jaish-e-Mohammad terrorist drove his car close to a CRPF convoy of 78 buses on the Jammu-Srinagar highway and detonated around 60 kg of RDX, killing over 40 personnel reporting to duty after leave.

The suicide bomber, Adil Ahmad Dar, had joined the Pakistan-based Jaish-e-Mohammad a year ago.

After the terror attack, the CRPF has decided to tweak the standard operating procedures(SOP) framed to secure its convoys. "We have decided to add new features to our convoy movement to and from Kashmir," said CRPF Director General RR Bhatnagar.