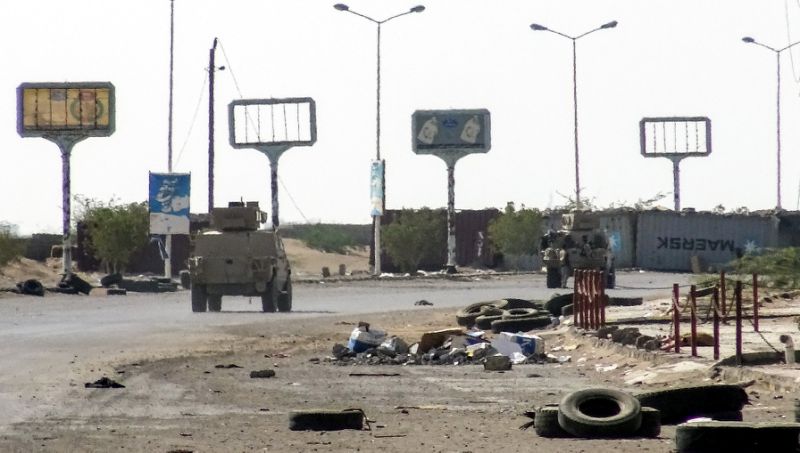 Yemen's government and Huthi rebels have agreed on the first phase of a pullback of forces from the key city of Hodeida, in a deal the United Nations described Sunday as important progress.

The redeployment from Hodeida is a critical part of a ceasefire deal reached in December in Sweden that calls on the government and Huthis to move forces away from ports and parts of city.

The fragile truce deal marks the first step toward ending a devastating war that has pushed Yemen to the brink of famine.

Following two days of talks in Hodeida city, the government and Huthis finalized a deal on the first phase of the pullback and also agreed in principle on the second phase, a UN statement said.

The talks were led by Danish General Michael Lollesgaard as chair of a redeployment coordination committee (RCC) that includes the government and the Huthis.

"After lengthy but constructive discussions facilitated by the RCC Chair, the parties reached an agreement on Phase 1 of the mutual redeployment of forces," said the UN statement.

The sides made "important progress on planning for the redeployment of forces" but no date was given to begin the demilitarization.

"The parties also agreed, in principle, on Phase 2 of the mutual redeployment, pending additional consultations within their respective leadership."

The first phase provides for a pullback from the ports of Hodeida, Saleef, Ras Issa and from parts of the city where there are humanitarian facilities.

Under the Stockholm agreement, the pullback was supposed to have taken place two weeks after the ceasefire went into force on December 18, but that deadline was missed.

- Getting aid into Yemen -

The United Nations is hoping that a de-escalation in Hodeida will allow desperately-needed food and medical aid to reach millions in need in Yemen.

The Red Sea port is the entry point for the bulk of imported goods and relief aid to Yemen, which the United Nations has described as the world's worst humanitarian crisis.

A new round is planned within a week to finalize details on the second phase of redeployment, the UN statement said.

The ceasefire and a Hodeida pullback agreed in Stockholm have been hailed as a breakthrough toward ending Yemen's nearly four-year war.

Yemen's rebels have been mired in a war with government forces backed since 2015 by a Saudi-led coalition.

The talks on Saturday and Sunday were the fourth meeting held to try to agree on the modalities of the pullback of forces since the ceasefire came into force on December 18.

The United Nations is also brokering a separate set of talks on an exchange of thousands of prisoners that is seen as a key confidence-building measure in the peace process.

UN envoy Martin Griffiths, who brokered the Stockholm deal, is due to report to the Security Council on Tuesday.

About 10,000 people have been killed in the war, according to figures from the World Health Organization, but rights groups say the death toll is much higher.