How many deaths will it take, asks Shabana Azmi 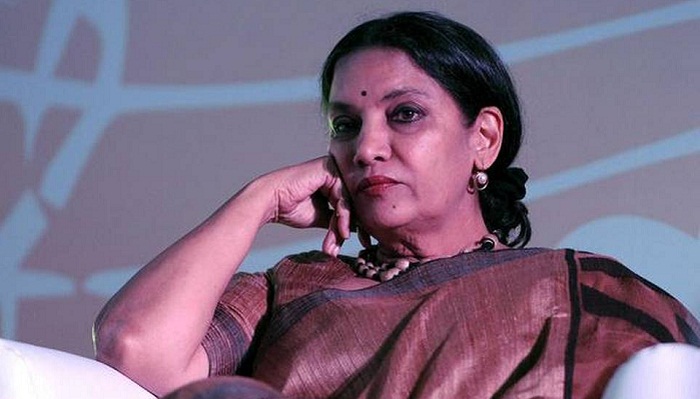 Shabana Azmi and her husband, writer-poet-lyricist Javed Akhtar, had been invited by the Karachi Arts Council for a two-day event celebrating her father Kaifi Azmi’s birth centenary.

“We will need to call [a] halt to cultural exchange as of now. There is no way we can carry on when our martyrs are laying down their lives for us,” Shabana Azmi said in an e-mail.

She also thanked the hosts as they mutually agreed to cancel the event.

“I appreciate that our hosts have mutually agreed to cancel the event at the nth hour in [the] wake of the Pulwama attack,” she said.

Azmi bemoaned that for the first time in all these years she was feeling weakened in her belief that people-to-people contact can force the establishment to do the right thing.

A three-day celebration in Dubai, which included a show of their play Kaifi aur Main by IPTA, was also cancelled by the organisers, Rekhta.

A note said that the Rekhta organisation and the participants in the Jashn-e-Rekhta Dubai festival (which was to be held on February 28 and March 1 and 2) extend their heartfelt condolences to the families of all those bravehearts who lost their lives or were grievously injured in yesterday’s atrocity in Pulwama.

“In the light of the tragedy, it has been decided to postpone the event until further notice,” the note added.

Azmi said she was filled with pain and grief. “I stand in solidarity with the grieving families... All Indians stand united as one,” she said.

Earlier in the day Azmi had also tweeted that one must not confuse the Pakistan establishment with the people of Pakistan and vice versa.

“On both sides of the border stand sisters and brothers divided by circumstances they have had nothing to do with,” she tweeted.

In a late night development, the theatrical release of Aijaz Khan’s Hamid, a film set in strife-torn Kashmir, — originally slated for March 1— has been pushed to a later date, in solidarity with the martyrs of the Pulwama attack.

In 2016, in the wake of the Uri attacks, and a 48-hour deadline set by MNS for artistes from Pakistan to leave, the Indian Motion Picture Producers Association (IMPPA) had passed a resolution banning Pakistani actors and technicians in India.

Later, in a video statement, filmmaker Karan Johar had promised not to work with Pakistani artistes when his Ae Dil Hai Mushkil with Fawad Khan drew the wrath of the MNS.

Johar had faced similar pressures in 2010 at the time of the release of My Name Is Khan when Shah Rukh Khan faced Shiv Sena’s wrath for questioning the non-inclusion of Pakistani players in the Indian Premier League teams.