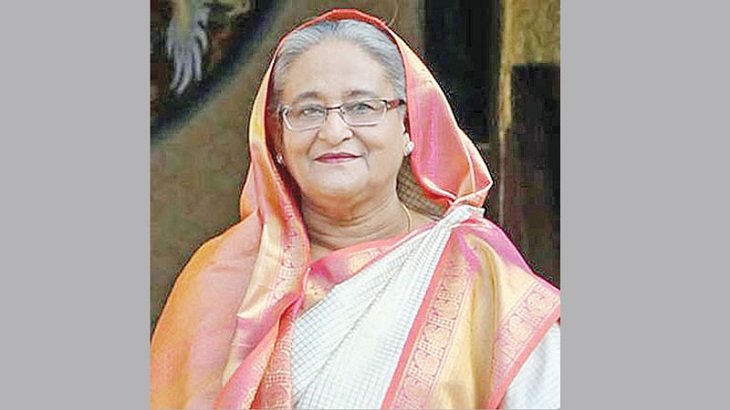 Vice-President and Prime Minister of the UAE Sheikh Mohammed bin Rashid Al Maktoum, who is also Ruler of Dubai, invited her to join the IDEX.

The IDEX is the only international defence exhibition and conference in the MENA (Middle East and North Africa) region demonstrating the latest technology across land, sea and air sectors of defence.

The exhibition is held after every two years since 1993 under the patronage of President of the UAE and Supreme Commander of the UAE Armed Forces to establish and strengthen relationships with government departments, businesses and armed forces throughout the region.

More than 1,300 defence farms and entities are joining the defence exhibition.

The IDEX is the largest specialised defence exhibition in the region is celebrating its silver jubilee this year and is set to become the largest one with the presence of representatives from more than 60 countries.

Sheikh Hasina arrived here on Sunday morning on the second leg of her first overseas trip after she took office as the Prime Minister of Bangladesh for the third consecutive time last month.

During the visit, Sheikh Hasina will also have meetings with UAE leaders and join a reception to be arranged by the Bangladesh community in the UAE.