Brexit: Theresa May urges Tory MPs to unite and back deal 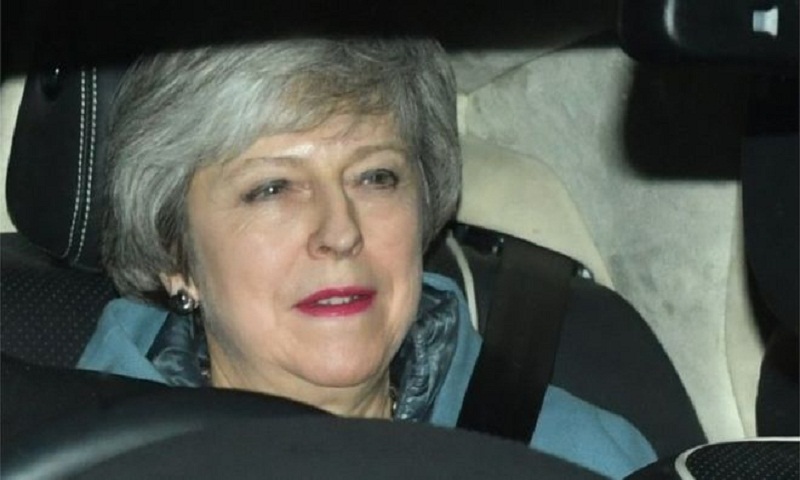 Theresa May has urged Conservative MPs to put aside "personal preferences" and support a Brexit deal in the Commons.

In a letter to all 317 Tory members of Parliament, the prime minister said "history will judge us all" over the handling of Brexit.

It comes after the government suffered a defeat in a vote on its strategy.

Mrs May says in the letter she will return to Brussels to meet European Commission President Jean-Claude Juncker next week.

She will also speak to the leaders of every EU member state over the coming days, she says.

The prime minister is trying to secure changes to the Irish backstop, an insurance policy designed to avoid a hard border between Northern Ireland and the Irish Republic after Brexit.

The plan is widely disliked by members of her party, who fear it will mean the UK will stay closely aligned to the EU for years to come, without Britain being able to end the agreement unilaterally.