Heather Nauert withdraws bid to be US envoy to UN 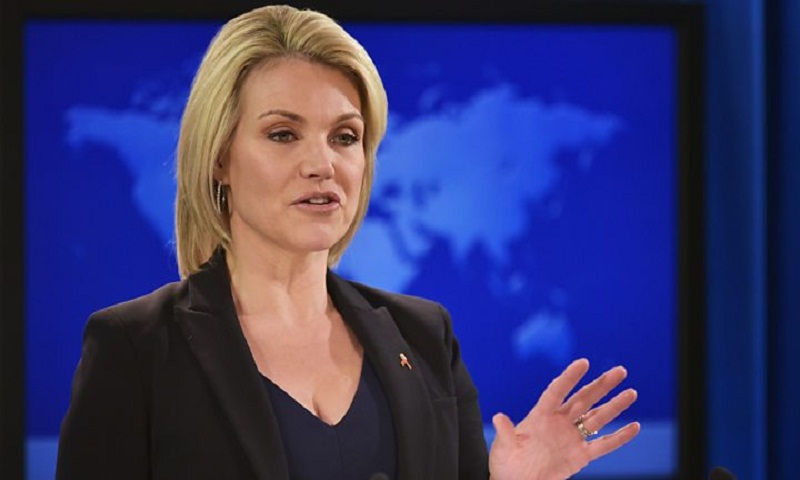 US President Donald Trump's pick to be America's new UN ambassador, Heather Nauert, has withdrawn her nomination for the post.

Ms Nauert, a former Fox News presenter, said in a statement on Saturday that the decision was made "in the best interest of my family".

"The past two months have been gruelling," the statement, issued by the state department, said.

Mr Trump had announced Ms Nauert as his choice for the UN role last December.

"She's very talented, very smart, very quick, and I think she's going to be respected by all," the president said at the time.

Ms Nauert, who is currently serving as state department spokeswoman, would have replaced Nikki Haley, who announced in October that she would leave the post of UN ambassador by the end of the year.