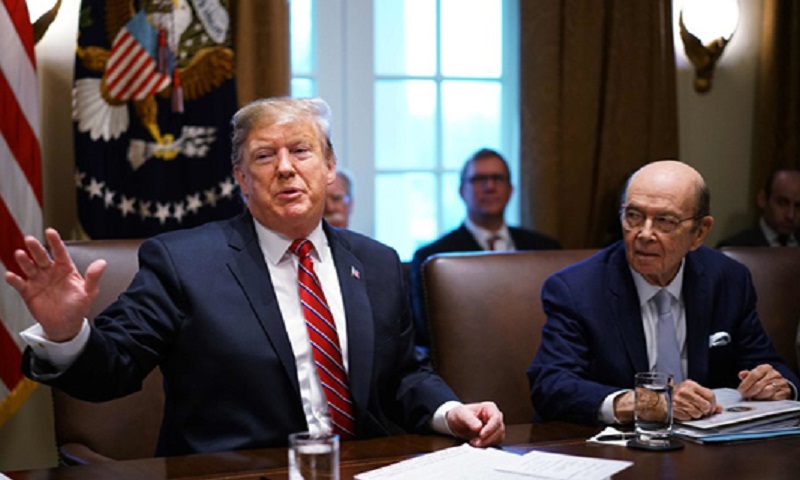 US President Donald Trump said Saturday he was briefed at his Florida resort by negotiators working to reach a trade deal with Beijing after their return from “very productive” meetings with Chinese officials.

“Trade negotiators have just returned from China where the meetings on Trade were very productive. Now at meetings with me at Mar-a-Lago giving the details,” the president tweeted.

He also reiterated his assertion that current tariffs “are being paid to the United States by China,” when in fact they are paid by US companies and ultimately by American consumers in the form of higher prices.

Senior officials completed two days of high-stakes talks in Beijing on Friday as they try to avert the US threat to more than double tariffs on $200 billion in Chinese goods, which would be an unwelcome shock to the world’s second largest economy as it already has shown signs of slowing.

American officials accuse Beijing of seeking global industrial predominance through an array of unfair trade practices, including the “theft” of American intellectual property and massive state intervention in commodities markets.

Since a December detente, China has resumed purchases of some US soybeans and dangled massive buying of American commodities to get US trade negotiators closer to a deal.

Talks have included discussion of purchases to reduce the “large and persistent bilateral trade deficit,” the White House has said.

But many China experts say Beijing’s Communist Party rulers are unlikely to make significant changes to industrial policies without a long and tough fight.