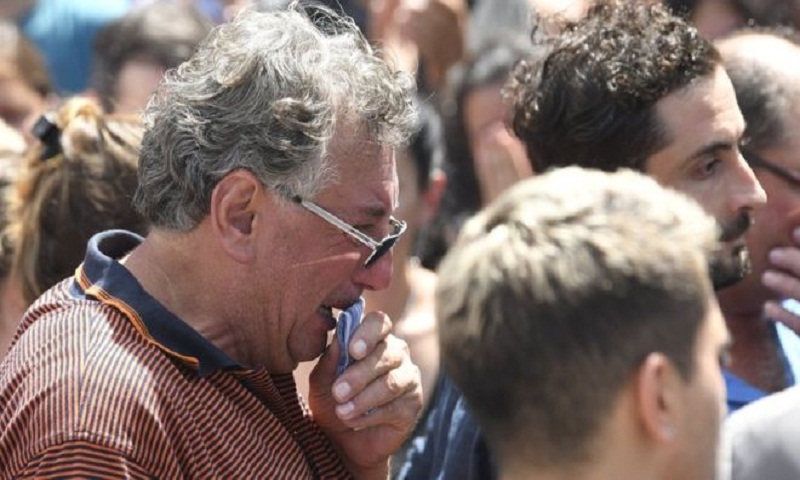 Mourners have been paying their final respects to Cardiff City striker Emiliano Sala in his native Argentina.

The 28-year-old died when the plane he was in with pilot David Ibbotson crashed in the English Channel en route from Nantes to Cardiff on 21 January.

A wake was held at the club Sala played for as a youth in his hometown of Progreso before the funeral started later on Saturday.

Among those who attended was Cardiff City manager Neil Warnock.

"I would like to find a responsible person...someone who says to me: 'this happened'; but, well, it seems this was just an accident," said Sala's aunt Mirta Taffarel.

His body, which was recovered from the wreckage following a privately-funded search last week, was repatriated to Argentina on Friday.

It was then driven from Buenos Aires to the Sante Fe province, where Sala grew up.