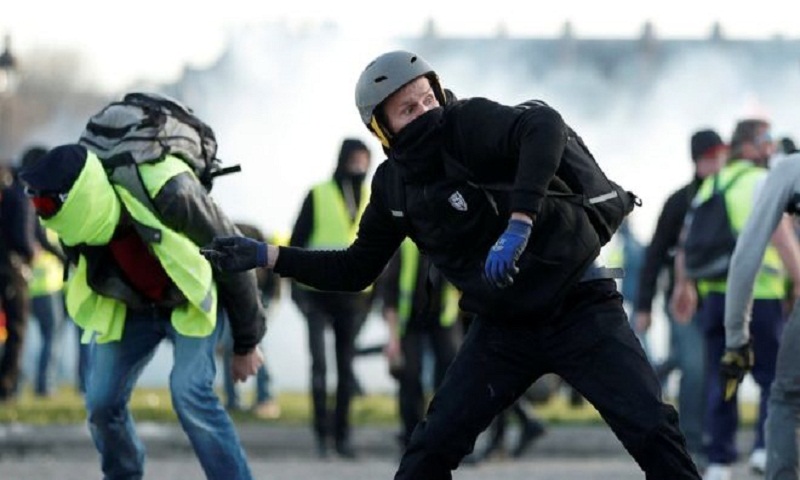 French President Emmanuel Macron has condemned anti-Semitic abuse directed at a prominent intellectual by a group of "yellow vest" protesters in Paris.

Police stepped in to protect the philosopher Alain Finkielkraut after he was bombarded with insults and anti-Jewish taunts in the French capital.

President Macron said it was an "absolute negation" of what made France great and would not be tolerated.

Tens of thousands took part in anti-government protests on Saturday.

Police used tear gas to control the crowds as the so-called "yellow vest" demonstrators took to the streets across the country for the 14th consecutive weekend.

In Paris on Saturday, officers intervened to form a barrier after a group of individuals involved in the march confronted Mr Finkielkraut and started verbally insulting him.

The 69-year-old Jewish academic told Le Parisien newspaper that he heard people shouting "dirty Zionist" and "throw yourself in the canal" (in French).

He said that President Macron had spoken with him by telephone on Saturday to offer his support.

The "yellow vest" protests began in mid-November over fuel taxes.

They have since broadened into a revolt against President Macron, and a political class seen as out of touch with common people.