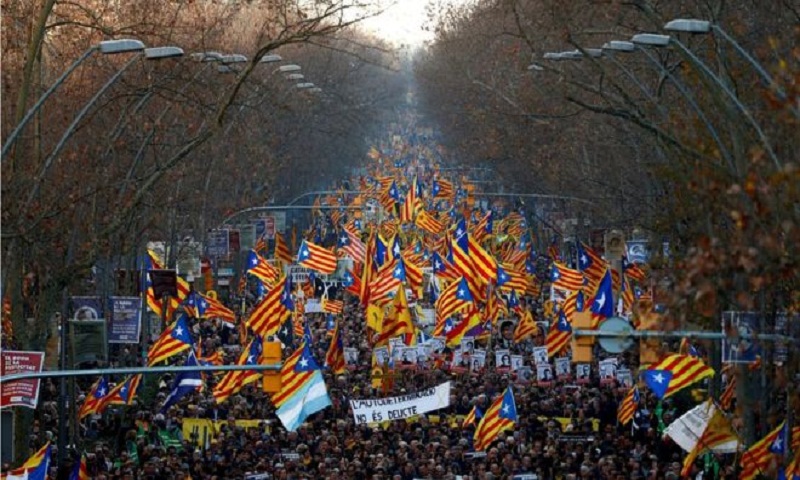 Demonstrators have marched en masse through Barcelona in protest at the trial of Catalan separatist leaders.

Some 200,000 people took to the streets, waving Catalan flags and shouting pro-separatist slogans in support of the 12 leaders on trial.

The trial, at Madrid's Supreme Court, follows Catalonia's independence referendum and failed attempt to secede from Spain in October 2017.

If convicted, some of the leaders could face up to 25 years in prison.

The Catalonia crisis is thought to be the most serious to hit Spain since the death of dictator Francisco Franco in 1975, and the country's transition to democracy.