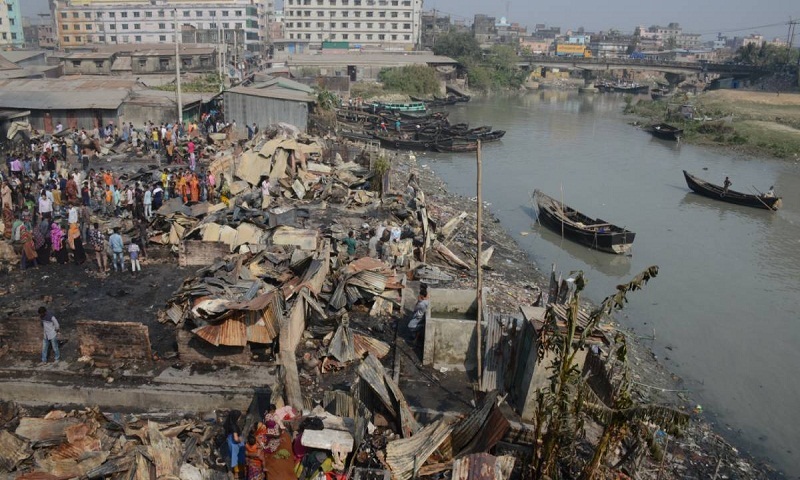 At least nine people, including seven members of two families, were burned to death and several others injured as a deadly fire broke out at Bheramarket slum in Chaktai area early Sunday, report UNB.

Mohammad Jasim Uddin, deputy assistant director at Chattogram Fire Service and Civil Defence, said the fire broke out at the slum around 3am from an electric short-circuit.

On information, eight fire-fighting units rushed in and doused the fire around 5am.

Later, they recovered the eight charred bodies from the slum.

The fire also burned down around 200 shanties of the slum.