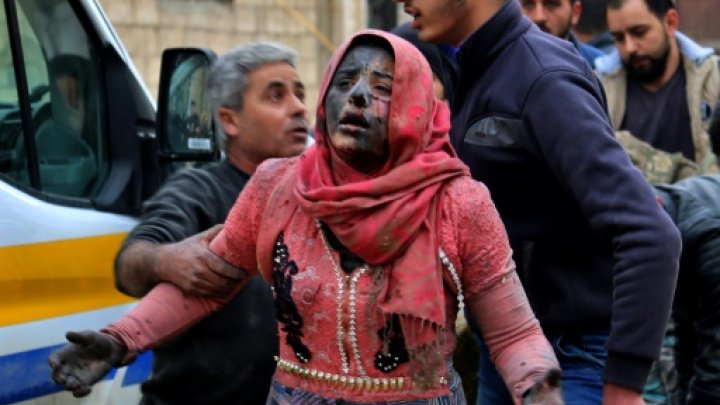 Regime bombardment has killed 18 civilians in the last major region outside government control in northwest Syria over the past 48 hours, a war monitor said Saturday.

Artillery and rocket fire launched by regime forces took the lives of eight children, seven women and three men in the Idlib region, the Syrian Observatory for Human Rights said.

The deadly bombardment hit the towns of Maaret al-Noman and Khan Sheikhun, said the Britain-based monitor, which relies on sources inside Syria for its information.

Idlib region is mainly controlled by the jihadists of Hayat Tahrir al-Sham, a Syrian group led by former Al-Qaeda fighters, after they last month pushed back smaller, Turkey-backed rebel outfits.

Since September, the region has been protected from a massive regime offensive by a ceasefire deal brokered by regime ally Russia and rebel backer Turkey.

But sporadic regime bombardment has continued to hit the region, and hundreds of missiles rained down on Maaret al-Noman, Khan Sheikhun, and other areas on Friday and Saturday.

His army and allied fighters have made great gains against rebels and jihadists since Russia's military intervened on the side of Damascus in 2015.

The war started in 2011 with the brutal repression of anti-Assad protests, and has since spiralled into a complex conflict involving world powers that has killed more than 360,000 people.

Friday and Saturday's deadly bombardment comes as the world waits for US-backed forces to expel the Islamic State group from a final holdout in eastern Syria, marking the end of the jihadists' self-declared "caliphate".