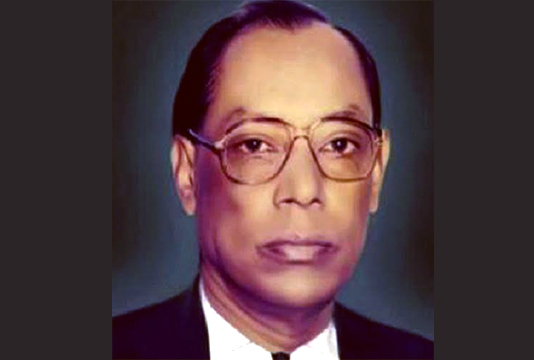 Speakers at a discussion on Saturday said the contributions of renowned nuclear scientist with international repute and Prime Minister Sheikh Hasina’s husband Dr M A Wazed Miah would continue to inspire the country’s new generations.

Today is the 78th birthday of Dr Wazed Miah and leaders of Awami League (AL) and its associate bodies organized a memorial discussion marking the day at his birthplace Fatehpur Laldighee village under Pirganj upazila of Rangpur.

Pirganj upazila AL, Dr Wazed Foundation and his family chalked out programmes including placing of wreaths at the grave of Dr Wazed, distribution of ‘Tobarak’, offering Fateha and munajats seeking eternal peace for his departed soul and well-being of his other family members.

The speakers said Dr Wazed was a real patriot with noble character and compete honesty. He worked for building a technologically developed Bangladesh to materialize the ideals of Father of the Nation Bangabandhu Sheikh Mujibur Rahman.

Today the leaders of DWSS placed wreaths at the grave of Dr Wazed Miah in Fatehpur Laldighee village and offered Fateha there.