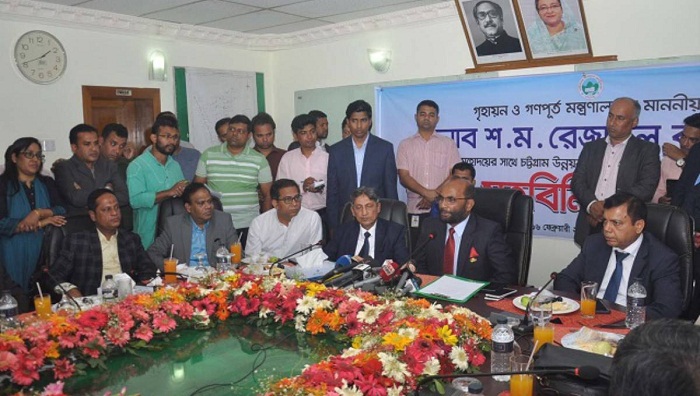 “The prime minister is giving Chattogram priority because she loves it. It will eventually become the commercial capital of the country,” he said at a view exchange meeting with Chittagong Development Authority (CDA) officials in the city.

“I’m very happy seeing Chattogram’s development,” he said, urging CDA to speed up its work and assured that his ministry would provide assistance.

CDA Chairman Abdus Salam said they had taken a grand plan to transform the city into a commercial capital. He said development projects, worth billions of taka, were underway.

“Water stagnation is a man-made problem,” the CDA chief said. “Chattogram has 57 canals and we plan to dredge 36 of them. Dredging works of 11 of them is underway. Gradually, all of them will be dredged.”