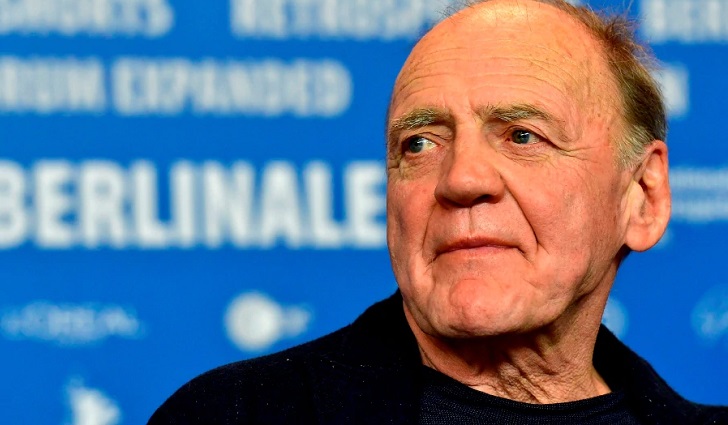 The Berlin film festival prepared for awards night Saturday with a gripping Chinese epic and an adventurous Israeli drama leading the favourites, as the industry mourned the death of beloved Swiss actor Bruno Ganz.

A jury led by French Oscar winner Juliette Binoche will select among 16 contenders for the Golden and Silver Bear top prizes at the 69th Berlinale, Europe's first major cinema showcase of the year.

But the event was overshadowed by the death of Ganz, 77, who starred in iconic German films such as "Downfall" in which he played Adolf Hitler and Wim Wenders's "Wings of Desire" set in divided Berlin.

Berlinale director Dieter Kosslick called him "one of the greatest and most versatile actors", who made "international film history.

"Now he is truly in the heavens above Berlin," he said in a play on the Wenders film's German title, "Der Himmel ueber Berlin".

During the last edition led by Kosslick after 18 years at the helm, Chinese filmmaker Wang Xiaoshuai moved audiences to tears with "So Long, My Son".

Clocking in at three hours, it is a sweeping allegorical drama about two families whose fates become intricately intertwined across 30 years of dramatic change in their country.

"The story itself can be read as a scathing critique of the country's one-child policy, recently scrapped. There are also powerful scenes illustrating the painful fallout from China's manic lurch towards capitalism in the 1980s and early 1990s," the South China Morning Post said.

"But they never distract from Wang's goal, which is to show how ordinary people grapple with grief and moral dilemmas."

Another Chinese entry, "One Second" by veteran Zhang Yimou, was pulled from the race during the festival reportedly due to official censorship.

Wang's picture faces strong competition from "Synonyms" by Nadav Lapid. The absurdist, broadly autobiographical movie tells the story of an Israeli who moves to Paris to flee the fraught political situation in his own country.

The picture is centred around "newcomer Tom Mercier, who delivers a raw, disconcerting and altogether unpredictable turn that recalls the work of a young Tom Hardy (this includes his ability to act without any clothes on)," the Hollywood Reporter wrote.

In a year in which a record seven contenders were women, North Macedonian director Teona Strugar Mitevska's "God Exists, Her Name is Petrunya" proved to be a crowdpleaser.

It is based on the true story of a woman who spontaneously joins a male-only religious ritual: a river dive to retrieve a wooden cross. Britain's Sight and Sound called it a "vivid feminist satire".

Acclaimed French director Francois Ozon presented a wrenching drama based on real-life victims of sexual abuse in the Catholic Church, "By the Grace of God".

The heroic portrayal of the men who stood up against their silencing won many admirers, with a 100 percent "fresh rating" on Rotten Tomatoes, which aggregates reviews from critics.

Canadian filmmaker Denis Cote's "Ghost Town Anthology" about a small community wracked by grief and German director Angela Schanelec's "I Was At Home, But" on the return of a prodigal teenager both won points for audacious breaks with traditional storytelling.

However the competition was marked by major disappointments from some of Europe's most popular movie makers.

Indiewire slammed it as "one of the most vile serial killer movies ever made, and a potential career-killer for Fatih Akin".

Poland's Agnieszka Holland, who has had a career renaissance directing episodes of "House of Cards" and "The Wire", divided crowds with "Mr Jones" about a Welsh journalist who uncovered Stalin's man-made famine in Ukraine.

And the festival opener, Lone Scherfig's "The Kindness of Strangers", drew howls of derision, with London's Guardian calling it "a terrible idea, badly executed".